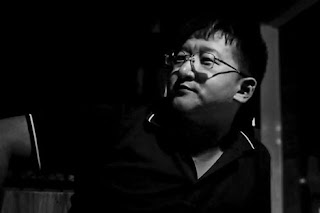 Opinion: the Chinese government’s use of “fraud” charges

(Zhejiang province – November 15, 2022) Christian human rights lawyer Zhang Kai wrote an article in response to the Chinese government’s frequent use of “fraud” charges against house church pastors and preachers. The same logic behind these incidents is all over the country. If the church is not registered with the government, the church is illegal and the pastor is an illegal pastor. Therefore, the tithe and offering the church receives are fraudulent. According to him, such logic neither conforms to the law nor politics.

The article recounts how Zhuhai city Xiangzhou District People’s Procuratorate charged three defendants, Wei, Li, and Zhang, with fraud. Wei did not have a lawful pastoral qualification recognized by the Chinese government, and they conducted many religious activities at their church venue.  According to court documents, these defendants continued to defraud “offering” from the congregation in the name of “tithe” and “church development” funds. Some of the tithe and offering was used to purchase commercial real estate in the name of Wei and Zhang.

This is the Wangjia Hunli Church case. This case is the first accusation of fraud against house church pastors for receiving tithe and offerings. After that, cities in Shaanxi and Shanxi provinces followed suit and criminally charged house church pastors in the same fashion.

Who is qualified to determine a pastor’s qualification? According to a 2010 report by Global Times English, Chinese house churches had 50 million members. If the only way for pastors to become ‘lawful’ is to follow the regulations of ‘Regulations on Religious Affairs,’ then almost all house church pastors are unlawful. Christianity has a history of more than 2,000 years and it has its own tradition and standard. God and Caesar have their own realms. It’s illogical that pastoral qualification should be verified by an atheistic government through its government review and approval process.

Obviously, it’s the church’s internal affairs to choose its pastor. It’s out of the scope of the religious affairs bureau’s job. Church pastors receive a salary from the church following each church’s procedure. They require house church pastors to be recognized by government-sanctioned Three-Self churches. in order to be legal, which some house church pastors view as a betrayal of the faith or a humiliation. The logic behind the fraud charge completely denied the legality of the house church and distorted the Chinese Communist Party’s past policies on religion.

Regarding the Procuratorate’s charge of the church using offerings to purchase real estate, Zhang Kai argued:

Because a house church lacks a legal entity recognized by law, it must conduct business activities in the name of its most trusted person. Like in this case, the church purchased real estate and the title had to be registered under a person, not the church. The church had no choice. Besides, the real estate was used for hosting the church’s Sunday service, not personal use.

As for whether the church publicly announced the use of offerings, it’s not an important factor in the alleged crime. The use of offering is an internal affair. If someone infringed on the church’s property through illegal operation, it would constitute a different crime.

According to lawyer Zhang Kai, the church in question has a strict procedure for handling financials: “the church had a formal meeting to discuss salary for teaching staff. [Zhang] and her husband were not allowed to attend the meeting to avoid any potential issues. Even some large enterprises don’t have such a mature system.”

Fraud charges continue to build against house church leaders in recent years. The influx of these cases builds a concerning precedent as the Chinese Communist Party suffocates underground movement with incessant financial persecution.