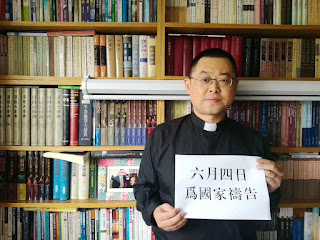 Organizations host campaign for people who have disappeared in China

(Washington, D.C.—Aug. 30, 2019) In honor of the International Day of Victims of Enforced Disappearances, which is Aug. 30, a group of human rights defense organizations have chosen to spotlight the Chinese people who have undergone enforced disappearance.

The campaign—run by the International Service for Human Rights (ISHR), the World Uyghur Congress, the Tibet Network, Safeguard Defenders, and the China Human Rights Lawyers Concern Group—spotlights several individuals who have disappeared throughout China, including:

1. Cheng Yuan, Liu Yongze, and Wuge Jinxiong, who vanished on July 22, 2019. All three men have connections to a China-based NGO called Changsha Funeng, which has the primary mission of providing assistance to individuals with disabilities and other people groups. Cheng’s wife, Shi Minglei, has also disappeared.

2. Wang Quanzhang, who disappeared for nearly four years before being allowed to meet with his wife in June. Wang is a human rights lawyer who was caught up in a 2015 crackdown on his profession.

3. Gao Zhisheng, a human rights attorney who has undergone multiple enforced disappearances, has been missing since August 2017. In the past, he has been kidnapped by the Chinese authorities and tortured.

4. Wang Yi, a pastor of Early Rain Covenant Church in Chengdu, Sichuan, has been missing since Dec. 9, 2018, when he and around 100 members of his church were taken into police custody. Wang has been charged with “inciting subversion of state power,” and his wife, Jiang Rong, was recently released on bail.

5. Jiang Tianyong, a human rights lawyer who went missing in 2016 after visiting the wife of fellow attorney and then-prisoner Xie Yang.

6. Lee Ming-che, a Taiwanese citizen arrested for standing up for human rights.

7. Lodoe Gyatso, a Tibetan activist who vanished in January 2018.

This is by no means an exhaustive list of everyone missing in China but demonstrates Chinese Communist Party’s trend of seizing and then enforcing the disappearance of individuals for their religious or political beliefs.

On social media, the human rights defense organizations have been spreading the stories of those who have forcibly disappeared in China under the hashtag #StopDisappearances.