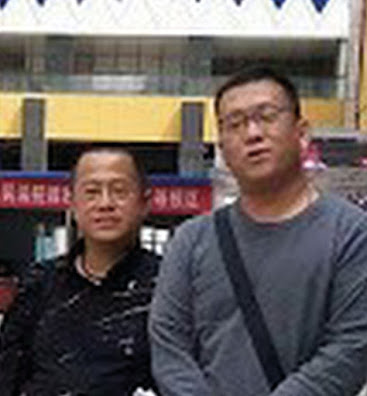 At approximately 2 pm, Brother Chen Jianguo and I arrived at Nanming District People’s Court, where we submitted a plea for an administrative indictment in the Guiyang area. It did not surprise us, however, that even though we provided all the required, supporting documents, the court immediately rejected our case.

After she accepted our documents, a female judge walked away to discuss them with an older

female judge who appeared to be her supervisor. In about 20 minutes, this judge walked over and threw our documents back to us. “The case is out of their jurisdiction,” she said, “and thus

I immediately confronted this judge, loudly. “Mr. Chen objects to the administrative detention decision. Why does this come out of your jurisdiction?

“This is common sense for any judge, isn’t it?” I continued. “Please issue us a formal ruling for you not accepting the case.”
The judge explained: “It was not explicitly specified on the ‘Release from detention’ notice I issued that he can sue. Thus, I cannot accept your administrative indictment case.”
What an ironic excuse, I thought.
“Are you a judge?” I asked. “Do you have any common sense of law? The right of administrative indictment is conferred by law, not by any legal document you issued.” The female judge did not respond to me, but simply left.
I expected the court to reject our case, but I never thought they would give us such a poor excuse.
“Will you issue us a formal ruling for not accepting our case, or allow us to escalate it to a higher leadership?” I said.
The judge simply pretended she didn’t hear me. Then two security guards rushed over and escorted us out of the courtroom.
Without any way to proceed, we had to leave.
Since 2014, I filed several suits against multiple government bodies for their abuse of power, but without any exception, the court unlawfully rejected all my cases. They never even accepted my documents. I have been given various excuses, or sometimes no excuse at all. When I sued Guangdong Provincial Department of Justice for unlawful rescission of my legal license, Guangzhou Railway Court did not even allow me to enter the court.

Again, Lawyer Sui saw what he knew, Chinese Communist Party courts have banned administrative indictment as a way to curb abuse of power all over the country in China. They have forfeited justice.

If I cry out concerning wrong,
I am not heard.
If I cry aloud, there is no justice.
~  Job 19:7 (NKJV)
China Aid exposes abuses in order to stand in solidarity with the persecuted and promote religious freedom, human rights, and rule of law. If you wish to partner with us in helping those persecuted by the Chinese government, please click the button below to make a charitable donation.