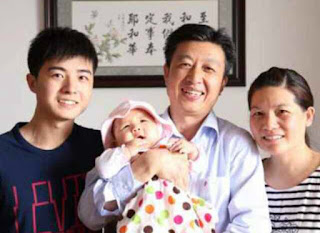 Pastor and five other Christians seized in house church raid

(Guangzhou, Guangdong—Sept. 6, 2018) Authorities pasted a notice to the door of a Guangzhou house church on Sunday, closing it after a raid that saw the capture of its pastor and five other Christians.

Around 8:30 a.m. on Sept. 2, law enforcement agents pounded on the door of Bible Reformed Church as the congregation studied the Bible. They broke into the sanctuary without the church’s permission, shut off the electricity, and asked them to stop gathering. Deng, a lawyer who attended the service, asked that they show their IDs and papers, but they ignored his request, and a few policemen dragged him out of the church and into a police car.

Two of the church members took photos of the situation, but the authorities confiscated their phones. Another congregant who stood next to law enforcement officers in order to communicate with them but was taken away to the police station before he had the opportunity.

The authorities also yelled at Huang Hua, a man who was leading the study of the Bible, and seized him.

Huang Xiaoning, the church’s pastor, was also taken away after speaking to officers. He, along with five other Christians from the church, were not released until the afternoon. Later, Huang Xiaoning told his congregation he is prepared for arrest.

After he finished preaching, Huang Xiaoning visited Deng and Huang Hua at the police station. Both of them had been charged with obstruction of justice and were serving 24-hour sentences. The men were released on Monday evening.

Bible Reformed Church has been the repeated target of persecution in recent months, receiving a fine of 50,000 yuan [$7,453.75 USD]. Pastor Huang has also been previously taken in for interrogation.

ChinaAid exposes abuses, such as those suffered by Bible Reformed Church, in order to stand in solidarity with the persecuted and promote religious freedom, human rights, and rule of law.