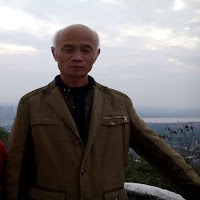 (Haozhou, Anhui—June 23, 2017) Officials barred a Chinese church elder from travelling to Hong Kong for a Christian conference on account of his church activities in the eastern province of Anhui, ChinaAid recently learned.

When Liu Yongju, a house church elder, attempted to renew a permit Chinese citizens must possess to enter Hong Kong and Macau, officials told him he would not be permitted to travel, despite the fact that he had all of the required documents.

Zhang Mingxuan, a prominent Chinese minister from Henan who has been targeted by the government, said, “(The public security bureau) limits preachers, preventing them from going abroad. I am almost 70, but they are still controlling me, preventing me from travelling abroad. The Mainland Chinese government controls Christians both to maintain stability and out of the fear the Christians will unite.”

In the past, Liu’s church received pressure to join the state-run and censored Three-Self Church, which it has refused.

Likewise, the local government in Henan province recently ordered 20,000 house church Christians to join the Three-Self Church, violating their right to religious freedom as stated in Article 36 of the Chinese Constitution.

ChinaAid exposes abuses, such as those experienced by Liu, his church, and the Christians in Henan, in order to stand in solidarity with persecuted church
members and promote religious freedom, human rights, and rule of law.