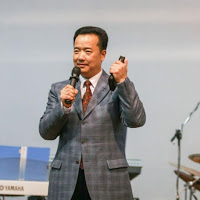 (Hangzhou, Zhejiang—Dec. 25, 2017) After nearly a year of persecution, the pastor of China’s largest official church has been released since prosecutors in Zhejiang province withdrew his charges.

Gu Yuese returned home from prison Friday when prosecutors suddenly dropped the case against him. He became China’s highest profile case since Cultural Revolution when officials ousted him from his position as senior pastor of Chongyi Church, China’s largest government-run church, on Jan. 18, 2016. Weeks later, he was criminally detained on false embezzlement charges, and the authorities approved his arrest on Feb. 6, 2016. On March 31, 2016, he was granted a one-year bail term, but officials seized him on the same charge on Jan. 7, 2017.

Gu’s representing lawyer, Zhang Peihong, received a court summons on July 13, 2017, for a pre-trial meeting seven days later. After three days, he got another notice from Gu, who dismissed him, writing, “the last thing I want is to get you involved because of me.” However, the Communist Party has previously pressured imprisoned Christians into firing their lawyers, which calls into question the validity of Gu’s dismissal.

His remaining lawyer, Xie Bingbing, faced many difficulties as she defended him, including being tracked and stalked.

ChinaAid exposes abuses, such as those suffered by Gu and his lawyers, in order to stand in solidarity with persecuted Christians and promote religious freedom, human rights, and rule of law.