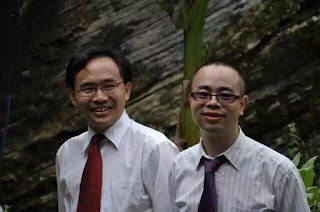 (Guiyang, Guizhou—Aug. 26, 2017) Two Chinese pastors in China’s southern Guizhou province applied for administrative review yesterday in order to combat a 7 million yuan fine handed to them in May.

On Aug. 24, Zhang Lei, a lawyer representing incarcerated Huoshi Church Pastor Yang Hua, submitted an application for administrative review on his client’s behalf to contest a 7 million yuan fine imposed on Yang and another of the church’s pastors, Su Tianfu. They originally received the fine in May, when authorities alleged 7 million yuan the church had received in offerings was “illegal income.” In his application, Yang explained church members donated the money, and that it was being used purely for church-related matters, such as disaster relief, charity, the renting of church venues, employee salaries, etc., and said there is extensive bookkeeping backing up his claims.

Additionally, he argued that he should not be individually implicated in this case, since he never saw nor managed donated finances.

Zhang, however, had not obtained Yang’s signature or ID card, and the ethnic and religious affairs committee accepted the application on the condition that the missing documents would be provided as well.

Su filed a similar application for administrative review on the same day, after telling a ChinaAid reporter, “The so-called illegal income is ridiculous. We don’t have the so-called illegal income. The church was banned. The church’s money was depleted [by the government]. How can we possibly take out 7 million yuan? Why impose the church’s expenses on us? We don’t own the donation money. It is absurd. The accusations and excuses do not hold up. We all know that it is religious persecution.”

Despite their attempts, Yang’s wife, Wang Hongwu, said, “I know that the verdict will not be optimistic for us. There’s no way that the [religious affairs bureau] would accept the lawyer’s proposal for an administrative review, but we’ve done what we can.”

When they first received news of the fine, Su and Yang demanded that the government organize a hearing, which was held in early June. However, officials from the religious affairs bureau ignored the defense team’s request to leave the court, since they were personally involved in the case and could not judge objectively. The hearing ended without a ruling. Nevertheless, the religious affairs bureau issued a punishment notice that maintained the amount of the fine on June 27.