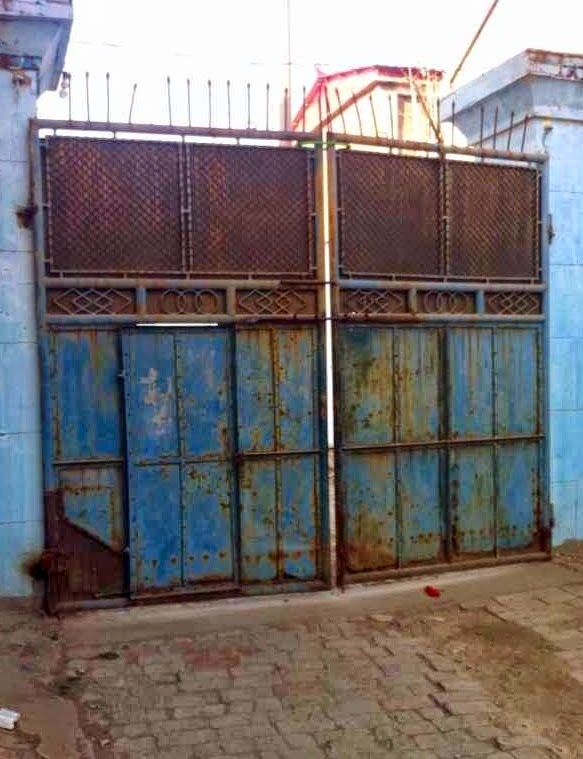 
(Nanle County, Henan—April 8, 2014) During the second day of an annual, three-day worship service in China’s central Henan province, the government-registered Nanle County Christian Church building was listed as a “dilapidated and dangerous” building and one woman was detained.

China Aid reported that on Wednesday, the opening day of the event, police barricaded the church and stopped believers from other cities and provinces from arriving at the church by stopping their buses. One member of Nanle County Christian Church was detained and several had musical instruments confiscated after using them to worship in front of the blocked gate (https://chinaaid.org/2014/04/police-block-large-service-at-nanle.html).

On Thursday, when a group of Christians arrived at the church to prepare for the day’s events, they found that the church’s gate had been chained shut. “Now the water and power supply of our church has been cut off. The authorities say that the church building has been listed as a dilapidated and dangerous building, and they don’t allow us to gather in the church,” one believer said.

Another believer, named Li, told China Aid that many locals are afraid to leave their home because of the presence of authorities. “The gate of the church is guarded by 50-60 people. The government employees use people to attack us, and there are many people in police uniforms at the [church]. Other people are sitting in police vehicles—there are plainclothes officers and people from the religious affairs bureau, the public security bureau and other government agencies.”

“They persecute us severely. When we went to the church, they caught us and grabbed our cell phones. They are afraid that we will send out messages from our cell phones [to foreign media],” the first believer said.

Yet another church member told China Aid that police officers detained Yujuan, a church employee. “She was taken…and her cell phone was robbed from her. When Yujuan tried to go to the church for the gathering this morning, she was taken away from the gate. We don’t know whether she is detained or locked up in a black jail.”

However, China Aid was able to contact Yujuan, after she was released, to get a firsthand account of the event. “[Wednesday] afternoon, I went to the church. I delivered a sermon and after delivering the sermon, the director of the religious affairs bureau and the person who took me away today asked me to have a talk with them in their vehicle,” she said.

“I said I didn’t have the time to talk with them, so the sisters [female church members] took me away. This morning, I went to the gathering again after I delivered my child to school. As I was trying to enter the church, 70-80 people stopped my electric bike,” Yujuan said.

“Some of the officers were insulting Jesus and said some dirty words. They said I’m from Qingfeng, [a nearby county], and asked me why I came to live here. Then, they said to other officers to hurry up and arrest me. Then, two young people in their 20s brought me to the police station,” she said.

Yujuan said she spent several hours in the police station, listening to the officers mock Jesus with curse words. Officers also told Yujuan they would have the principal of her child’s school kick the child out.

This series of persecution in Nanle County began last November when authorities arrested the church’s pastor, Zhang Shaojie, and more than 20 other church members. Zhang was accused of gathering a group to travel to Beijing to petition authorities there about the outcome of a land dispute between the church and the local government. He was officially charged with “gathering a crowd to disrupt public order” and fraud (see https://chinaaid.org/2013/11/three-self-sanctioned-church-pastor-and.html, https://chinaaid.org/2014/01/exclusive-identity-of-12-detained-nanle.html, and https://chinaaid.org/2014/02/pastors-trial-postponed-story-behind.html).

Nine (corrected on April 4, 2014) of the original 24 detainees are still in custody. Of those nine, three are detained in an illegal detention center. “Wu Guishan, Zhao Guoli and Li Cairen are being detained in a black jail. We don’t know whether they are alive or dead. One month after Zhao Guoli was taken into custody, we saw him. Now, it’s almost been five months, and we haven’t seen him again. The authorities have not given us any notices,” one of Zhao’s family members said. China Aid reported that Zhao Guoli was last able to visit with a lawyer in February (see https://chinaaid.org/2014/02/three-nanle-county-christian-confirmed.html and https://chinaaid.org/2014/02/missing-nanle-county-christian-meets.html).

China Aid will continue to monitor and update the story as it evolves.