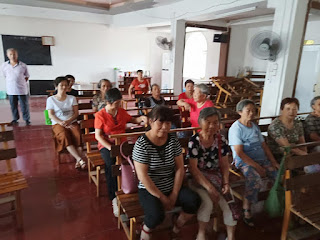 Persecution escalates in Henan since beginning of September

(Zhengzhou, Henan—Sept. 8, 2018) Authorities across Henan have been taking escalating measures to suppress Christianity since the beginning of September, violating the rights of Christians and closing down churches.

One of the churches, located in Tanghe County, Henan, is experiencing government harassment as officials go to the church every day to confiscate its property. One of the Christians who attends the church said that the authorities do not have any warrants permitting them to enter or seize the property.

This is part of an ongoing attempt to squelch Christianity and force Christians to adhere to Communist Party ideals. Some of the acts committed to obtain this goal have been unprecedented since the Cultural Revolution, such as removing crosses, banning Christian families from displaying crosses and Christian couplets on their doorways, coercing believers to join government-censored churches, forcing churches to display the national flag and extol the Party, and prohibiting children from attending church and learning about the teachings in the Bible.

This new round of persecution takes its inspiration from China’s revised Regulations on Religious Affairs, which went into effect on Feb. 1 and seeks to further consolidate religious thought under the control of the Communist Party. The government views religion as a threat to its power and continuously attempts to suppress it.

In response, members of the international community have been speaking out, including Christians in San Francisco, who gathered in front of the Chinese consulate to sing the The Cross is My Glory and pray for churches in Henan. Additionally, more than 100 pastors from across the world signed a petition supporting the persecuted churches.

ChinaAid joins these Christians in exposing and condemning the persecution suffered by churches in Henan in order to oppose injustice and stand for human rights, religious freedom, and rule of law.