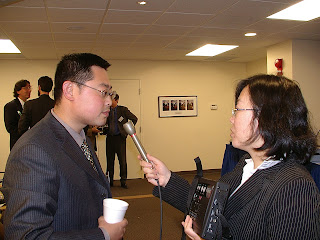 On Jan. 3, after going missing for 48 hours, a Christian man was released, but he is being monitored by “people wearing the red badge.” Such individuals are government workers assigned to oversee individuals. The Christian said his computer and multiple cell phones were confiscated, and the authorities handcuffed him to an interrogation chair for 24 hours and ordered him to tell them the password to his cell phones. When he did not give them the information, they released him but required him to come by a local community office every afternoon. His wife and small daughter were also taken to the police station and interrogated.

Another Christian struggled to make his way to Chengdu, Sichuan’s capital, to see Zhang Xianchi, a 90-year-old scholar attending the church who went to the emergency room on Jan. 4. The unnamed Christian was under the government’s strict surveillance. When he arrived, he joined other members of the church at Zhang’s bedside and sang hymns and prayed for him.

Some church members learned that their fellow congregant, Li Chengju, and another two people have been detained in Pi County, Chengdu, while the wife of another Christian, Li Xiaofeng, found a notice saying Li has been detained.

Another woman lost her unborn child after being dragged out of bed in early January.

Early Rain Covenant Church has experienced much persecution over the past year, escalating into the mass arrests of more than 100 people within a week, most of whom were imprisoned overnight. Currently, 20 people are in criminal detention and are being held in secret jail cells, one is on bail with his trial bending and has limited ability to travel, two are forcibly missing, and three are under administrative detention.
Among the arrested is one of the church’s most prominent pastors, Wang Yi. Zhang Peihong, a human rights attorney, met with Wang’s mother on Tuesday and signed power of attorney documents. Afterward, officials took him to the Wangjiaguai Police Station and detained and examined him there. He was later released.