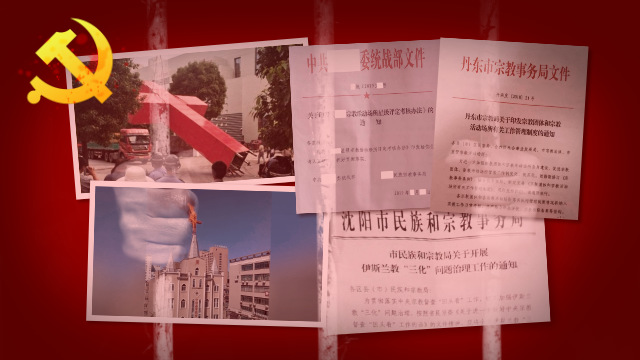 (ChinaAid, Midland, TX—October 8, 2021) In November 2020, Bitter Winter reported that after it launched in 2018, the Chinese Communist Party (CCP) designated it an “overseas hostile website” for exposing religious persecution in China. Subsequently, CCP authorities hunted down and arrested Bitter Winter correspondents for “leaking state secrets.” Similarly, although contrary to the CCP’s perception of Bitter Winter, numerous United States (US) government agencies perceive many of the CCP’s online publications as “hostile” to the US.

In a comparable, figurative scenario, research regarding Chinese and United States citizens reveals that respective citizens report dramatically different, yet surprisingly similar perceptions of each other’s countries. In June, the Pew Research Center publication, “Most Americans Have ‘Cold’ Views of China. Here’s What They Think About China, In Their Own Words,” related responses to their survey question to Americans, “What’s the first thing you think about when you think about China?” Results from analyzing the first five references in each response revealed that Americans primarily focused on the CCP, its policies or how its international behavior, and its economy. “Human rights, China’s economy and the country’s political system were referenced most by Americans, coming up among 20%, 19% and 17% of respondents, respectively.”
On the other hand, in a June GZERO publication, “The Graphic Truth: How do Chinese people view America?” Carlos Santamaria and Gabriella Turrisi report that a majority of Chinese likewise unfavorably view the United States. “A recent Eurasia Group Foundation survey shows that less than 35 percent of Chinese people now have a positive opinion of the US, compared to almost 57 percent just two years ago.” A comment by one female mirrors both Chinese and American citizens’ perceptions of their respective countries’ governments and people, “I’m concerned about the … government but I don’t have a problem with their people.”

Scripture reveals the way God perceives Christians in China as well as those in the United States: “There is neither Jew nor Greek, there is neither slave nor free, there is neither male nor female; for you are all one in Christ Jesus” (Galatians 3:28). However, the Bible does distinguish between individuals and nations who believe in God and those who reject Him.

Bob Fu, PhD., president of ChinaAid notes that in 1791, the United States ratified the First Amendment to the Constitution regarding the freedom of religion of its citizens. This amendment includes the freedom from a State religion as well as the freedom to express. In contrast, the CCP does not permit the free exercise of Christianity and other religious beliefs. The Chinese government, instead, promotes atheism as China’s dominant ideology, which does not guarantee freedom of religion for its citizens.

Dr. Fu asserts that without freedom of religion, no other liberty can flourish in any country. Through the work of ChinaAid, he encourages others to mirror God’s directives to expose reports of persecution instead of burying them.

As ChinaAid exposes the CCP’s “systematic persecution, harassment, torture and imprisonment of Chinese Christians, and human rights lawyers in China,” citizens in China, as well as citizens in the United States, and throughout the world also need to acknowledge and respond to cries for help from those being persecuted for their religious faith. As caring, concerned citizens respond with help, despite their differences, and perhaps even being falsely labeled “hostile”—they mirror God’s compassionate care.

###
Through the Lord’s mercies
we are not consumed,
Because His compassions fail not.
They are new every morning;
Great is Your faithfulness.
~ Lamentations 3:22-23 (NKJV)
China Aid exposes abuses in order to stand in solidarity with the persecuted and promote religious freedom, human rights, and rule of law. If you wish to partner with us in helping those persecuted by the Chinese government, please click the button below to make a charitable donation.