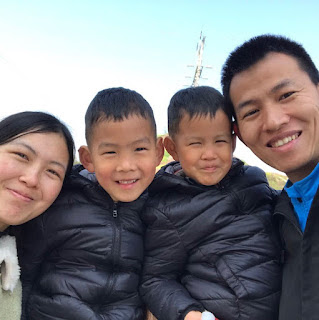 Dai Zhichao and his family detained at home

(Chengdu, Sichuan Province – Nov 4, 2021) On the morning of November 1, Dai Zhichao and his wife of Early Rain Covenant Church prepared to take their two children to Sanya, Hainan
Province for relaxation. However, government authorities prevented them from taking their trip, detaining them in their own home.

As the practicing preacher of the Early Rain Covenant Church and the leader of the Tashui small
group, Dai Zhichao has been persecuted continuously in the past year. Officials
summoned, detained, and beat him many times for the purpose of preventing him
from participating in Early Rain. State security monitored and locked his home,
even cutting off his electricity. After all of the harassment, Dai Zhichao and
his wife decided to take their two children out on a trip to take a break.

The family tried
to leave, but three unidentified people blocked Dai’s front door. These
assailants wore masks, and ChinaAid sources discovered the police rented the apartment
next door to monitor the family closely. Dai Zhichao called the police, hoping they would settle the issue. Instead, officials told the family to stay in their home.

Three congregants
of Early Rain, Shen Bing, Shu Qiong, and Xuan Bin, brought lunch to the family. They successfully entered Dai Zhichao’s home but later
the property management knocked and asked to register their ID cards. Afterward,
Shu Qiong learned her power had been shut off. She returned to her home and
found ten officials inside. They arrested her, due to her involvement with
Early Rain. ChinaAid sources reported that Xuan Bin and Shen Bing were also
arrested shortly afterward.

Early Rain
Covenant Church summarized the situation and asked for prayer in their
intercession letter:

As
of 8:00 p.m., Brother Zhichao’s family was safe at home, and the previously
scheduled flight took off at 8:00 p.m. and their travel plan was interrupted
for no reason. This was an unexpected act for the maintenance of stability, and
no one took responsibility for limiting their travel freedom and the resulting
ticket losses. In recent weeks, the police and street personnel have restricted going out on Sundays but without restricting their usual travel during
weekdays. It is not clear why they made such a fuss today. Sister Shu Qiong and
Sister Xuan Bin returned home safely after being brought back to the police
station for information registration under the jurisdiction. Shen
Bing also returned home safely after contacting the Dayi County police.

Please continue to pray for practice preacher Dai Zhichao’s
family, and may they be satisfied with the peace of Christ in the siege of the
wicked and in all kinds of blows and persecutions that seem legal and obviously
illegal. Although the red paint on the door, the repeatedly blocked door locks, and the surveillance cameras pointed at the door still show the absurdity of
this generation, may the nailed hand of Christ continue to guide the road ahead
of them.