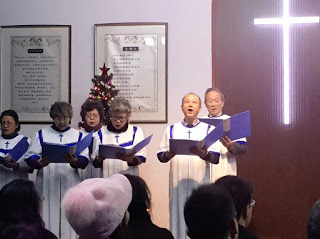 (Chengdu, Sichuan Province—March 8, 2021) During the morning of March 7, police raided the east campus of Chengdu Fountain of Life Church during the Sunday worship service. After disrupting the service, officers seized and transported Elder Zha Changping, his wife, and three other Christians to the police station. Authorities released the five believers after interrogating them throughout the afternoon.

Fountain of Life Church, one of the earliest founded urban house churches, belongs to the southwest parish with Early Rain Covenant Church. One former state security officer who converted to Christianity at this church, later resigned from his state job. During one Christmas event, this reporter witnessed the former police officer constantly weeping while singing hymns.

Elder Zha of Chengdu Fountain of Life Church, one of the first core leaders of Chinese house churches signing the Pastors’ Joint Statement Pastor Wang Yi launched, For the Sake of the Christian Faith, stands with pastors and ministers who hold an authentic faith and refuse to “kowtow”* to hegemony. Since the 129 crackdown, state security agents routinely target these believers and often pressure them during interrogations. In the past, police had summoned Elder Zha multiple times to interrogate him. The east campus of Fountain of Life Church, targeted for the March 7 raid, meets at Elder Zha’s home. 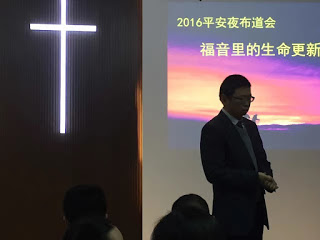 Elder Zha Changping attending an evangelical event.
(Photo: Yubin, ChinaAid Special Reporter)
Recently, police raided and confiscated property from the ERCC school. Officers intimidated students and forced them to leave school. Police also indirectly pressured church congregants, directing landlords to evict them. When one church member, Jia Xuewei, refused to vacate his apartment, officials had the water, electricity, and gas shut off to his apartment for more than four months. During the Spring Festival, officers repeatedly stuffed his door lock with toothpicks, forcing him to clear it to enter. Police also summoned Mr. Jia to their station at midnight multiple times. Each time, officers made a transcript of meetings and did not free Mr. Jia until the following morning. 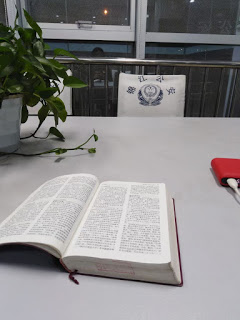 Jia Xuewei of Early Rain Covenant Church read the Bible at the police station.
(Photo: ChinaAid resource)
Elder Zhang Chunlei of Guiyang Ren Ai Church thinks the religious environment in Chengdu has deteriorated since police raided and persecuted Early Rain Covenant Church.
* Part of a Chinese custom to kneel and touch the ground with the forehead in worship or submission
Yubing, ChinaAid Special Reporter
##
I will praise You, O Lord,
among the peoples;
I will sing to You among the nations.
~ Psalm 57:9  (NKJV)
China Aid exposes abuses in order to stand in solidarity with the persecuted and promote religious freedom, human rights, and rule of law. If you wish to partner with us in helping those persecuted by the Chinese government, please click the button below to make a charitable donation.