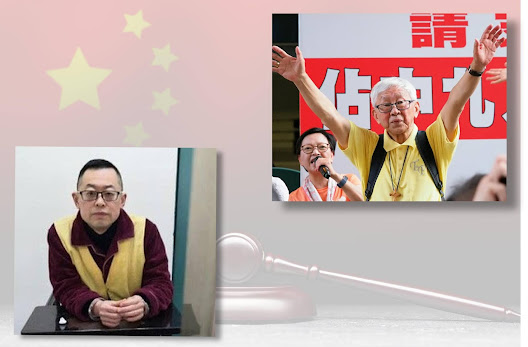 Cardinal Joseph Zen of Hong Kong (top right) and Pastor Wang Yi of Chengdu (bottom left).
(Photo: ChinaAid)
(Washington, D.C.—Jan. 02, 2021) On December 28, 2020, President Donald Trump issued the “Proclamation on 850th Anniversary of the Martyrdom of Saint Thomas Becket,” advocating for the advancement of global religious liberty. In this proclamation, he recounts the legacy of Thomas Becket and his murder that led to the Magna Carta’s declaration 45 years later. President Trump identifies Cardinal Joseph Zen of Hong Kong and Pastor Wang Yi of Chengdu as modern-day successors-in-the-spirit of the martyred saint and as contemporary witnesses to hope.

Cardinal Joseph Zen of Hong Kong, and Pastor Wang Yi of Chengdu, as well as many other persecuted faithful ChinaAid advocates for and prayerfully supports, personify the Biblical proclamation, “We ought to obey God rather than men.”