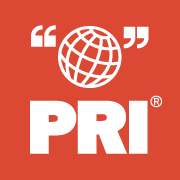 ■ The Communist Party in China has stayed true to its Marxist roots through history, and it remains officially atheistic.

But the Chinese people are getting religious. And the party is playing catch-up.

For the first time in more than a decade, the Chinese government has issued a detailed set of regulations dealing with all kinds of religious activities. The new rules are striking, as they represent official acknowledgment of the positive role religion can play in the affairs of the state.

The regulations cover lots of ground. For the first time, they permit Chinese religious organizations to officially set up social services, including hospitals, nursing homes and other charities.

“This has been in practice for many years, but they are now included in the new regulations,” says James Tong, a political science professor at the University of California-Los Angeles, who studies religion in China.

Tong says the new legal reality for religious groups in China “is a far cry from the Maoist period,” when party leaders took a purely antagonistic approach toward religion.

Since the 1980s, the party has struggled to meet the social welfare needs of the Chinese people, Tong explains. That has created a vacuum, which religious groups have filled with their own services.

“Religious communities in China have increased in size, in activism and also in civic engagement in the past 10, 15, 20 years,” Tong says. The party sees these aspects of religious activity as good for stability, and it doesn’t want them to stop.

But there is another side to this story. The new regulations are also aimed at tightening government control. Tong says online activities are just one example.

“Before, there were no regulations on the religious social media, websites. And now they require the creation of religious websites to need government approval,” Tong says.

It’s not just the messages from religious groups that the Chinese government wants to manage more closely — it’s religious people themselves.

Ian Johnson is a Beijing-based writer with a forthcoming book about religion in the People’s Republic, called “The Souls of China.”

“If you are a Chinese citizen and you want to go abroad for some sort of theological training … you need approval from the government,” Johnson says.

“This could be a Catholic going to the Philippines, for instance, to the seminary, or a Protestant going to the United States, or a Muslim going to a madrassa in Malaysia or Pakistan.”

As an example, he mentions the weiquan movement, comprised of a group of civil rights lawyers in China who’ve been branded as troublemakers by the authorities. Many of these lawyers are thought to be Christians.

“About a quarter to a third of them were estimated to have been Protestant,” Johnson says, a religious tradition that emphasizes the importance of social justice.

“This inspired these lawyers to take up difficult cases of people who were political prisoners and defend these people in courts of law. That’s the sort of thing that the government does not want,” he says.

But the details in these new regulations are more dangerous than that, according to Bob Fu of ChinaAid, a Christian group based in Texas. Fu says the new rules are a sign of a coming crackdown on religious groups, especially the underground churches that have sprung up all over the country.

“How can the government regulate somebody at home to hold a Bible study with his family members?” Fu asks.

Holding a prayer meeting without official permission, Fu says, can now be punished with a heavy fine of more than $30,000.

Fu says the party’s new regulations violate China’s own constitution, which mentions religious freedom, and they also go against international laws that protect the individual’s right to religious worship. He is not alone in his critique.

Sophie Richardson is the China director for Human Rights Watch. She says it’s one thing for the Chinese government to acknowledge the growth of religious institutions and religious expression in China.

“But it’s not an acceptable reply to try to regulate it further. The answer is for the party and the state to get out of regulating religion.”

Particularly alarming, Richardson says, is the way China’s leaders now explicitly link religion to national security. She says this makes it all too easy for Beijing to come down hard on any religious practice or people that it sees as a threat to stability or security.