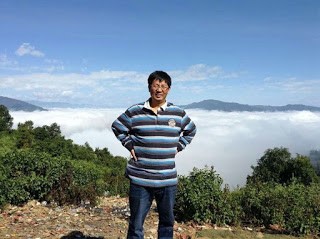 Prison rejects two requests Pastor John Cao’s 84-year-old mother made: 1) to visit him; 2) for him to receive Bible

(Kunming, Yunnan Province—March 16, 2021) On March 5, the fourth anniversary of Pastor John Cao Sanqiang’s imprisonment, Lawyer Yang Hui, Pastor Cao’s defense lawyer, wrote in his notes: “Today, under the excuse of the pandemic, the prison rejected the request Pastor Cao’s 84-year-old mother made to visit him.”

CCP authorities sentenced Pastor Cao to prison because he helped impoverished children living in northern Myanmar. Together with other volunteers, Pastor Cao founded 16 schools in four years. He traveled between China’s Yunan Province and the Wa State of Myanmar to bring books to the children, as well as stationeries and Bibles to benefit more than 2,000 students.

In March 2017, one day as Pastor Cao returned to Yunan from Myanmar, traveling the route that border residents frequently use, armed police intercepted him. One year later, CCP authorities found him guilty of “organizing illegal border crossings,” a charge they typically give to human traffickers, and sentenced him to serve a seven-year prison sentence. The Pu’er court held a secret trial on July 25, 2019, and rejected Pastor Cao’s appeal the same day, upholding the charge of “organizing
illegal border crossings.”

On February 24, Lawyer Yang purchased a Holy Bible from a Three-Self church (only Three-Self churches can sell Bibles) and took a taxi to the prison. There, he requested to visit with Pastor Cao, and again asked that officials give Pastor Cao the Bible. Once more, authorities immediately rejected Lawyer Yang’s request regarding the Bible.

Officials did not approve Lawyer Yang’s request for a visit with Pastor Cao until 6 pm.

When Lawyer Yang met with Pastor Cao through the prison’s video conferencing system during the morning of February 25, officers only permitted them to talk for 30 minutes. Pastor Cao appeared in good health, except for experiencing some dental issues.

Pastor Cao asked me to help him thank fellow Christian brothers and sisters for their prayers, and reiterated that he is not guilty. The whole world knows, and they [Chinese Communist Party (CCP) authorities also know that I am innocent…. But they decided to sentence me to serve seven years. I have to accept that.
I don’t feel too much suffering in the prison, but I do feel sad when the thought comes to my mind that my mother is suffering for me.

I told Pastor Cao that late the previous night, his mother still continued to contact lawyers, including me, to send him a Holy Bible. When I said that she planned to visit with him on March 5, Pastor Cao’s eyes welled with tears.

God knows Pastor Cao is exhausted, so God led Pastor Cao to rest in Him. Romans 13:1: “Let everyone be subject to the governing authorities, for there is no authority except that which God has established.”

In this spiritual war, serving the sentence peacefully proves to be the best way to win. Eventually, the crown of righteousness will be retained for Pastor Cao. Our heavenly Father will take care of Pastor Cao as well as his mother. No need to worry. We try our best to do whatever we can do, and entrust everything else to God.

Lawyer Yang recounts that in the past, he only served as the messenger between Pastor Cao and people who care about him. Now, however, since Pastor Cao does not have access to the Bible, he brings God’s words to him.

During their video visit, Lawyer Yang told Pastor Cao that fellow brothers and sisters have decided to publish the poems he wrote in prison. He also read verses to Pastor Cao from the book of James. Pastor Cao told Lawyer Yang that his mother writes several Bible verses in each letter she sends him. He memorized those verses as well as some that Lawyer Yang had read to him.

We are engaged in a spiritual war. God gives different missions to each of us.

As Pastor Cao has served more than half of his sentence, it may now be possible for sentence reduction and bailout.

Now also proves to be a challenging time for Pastor Cao. The fundamental premise of sentence reduction involves one confessing and pleading guilty. Lawyer Yang reminded Pastor Cao that obtaining a very limited sentence reduction would likely incur a great cost and humiliation. He encouraged Pastor Cao to serve the remaining three years of his sentence peacefully and patiently.

Pastor Cao told Lawyer Yang, “In China, we are [living] Chapter 29 of the book of Acts.”

“As our practice,” Lawyer Yang said, “our visit started and ended with a prayer.”

Dear Lord, thank you for leading Lawyer Yang to visit me today. Please keep our visit, our minds and our conversation… in the name of Jesus.”

For as the rain comes down,
and the snow from heaven,
And do not return there,
But water the earth,
And make it bring forth and bud,
That it may give seed to the sower
And bread to the eater,
So shall My word be
that goes forth from My mouth;
It shall not return to Me void,
But it shall accomplish what I please,
And it shall prosper
in the thing for which I sent it.
~ Isaiah 55:10–11 (NKJV)
China Aid exposes abuses in order to stand in solidarity with the persecuted and promote religious freedom, human rights, and rule of law. If you wish to partner with us in helping those persecuted by the Chinese government, please click the button below to make a charitable donation.