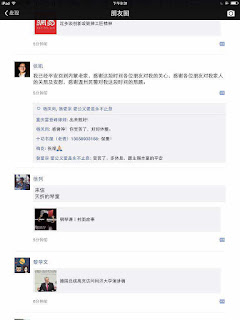 China Aid
Translated and written in English by Brynne Lawrence.

Zhang Kai, a human rights lawyer who was criminally detained just prior to a scheduled meeting with U.S. Ambassador for International Religious Freedom, David Saperstein, after legally defending approximately 100 churches affected by an ongoing cross demolition campaign in China’s coastal Zhejiang province, wrote on social media that he returned home to Inner Mongolia today. Zhang was apprehended on Aug. 25, 2015, and sentenced to six months under residential surveillance in an undisclosed location, otherwise known as a “black jail.” On Feb. 25, Zhang appeared on state television, where many believe he was coerced to confess his “crimes.” Zhejiang authorities subsequently charged him with “endangering state secrets” and “gathering a crowd to disturb public” and criminally detained him.

In the message, Zhang Kai thanked friends for their concern and for assisting his family during his incarceration. China Aid has confirmed the accuracy of the message with family members.

“As a close friend of Zhang Kai, I am very pleased to hear this good news, although further details about the conditions of his release are still unknown,” Bob Fu said. “Zhang Kai is a bold human rights lawyer and a defender of the rule of law and religious freedom, and is completely innocent. I appeal to Chinese authorities to release other arbitrarily imprisoned religious leaders, human rights lawyers and defenders, such as those arrested in July of 2015, including, attorneys Li Heping and Wang Yu, church leader Hu Shigen, and pastors Li Guozhi (Yang Hua), Bao Guohua and Gu Yuese.”

A segment of the translation of Zhang Kai’s message can be read below.

China Aid reports cases such as Zhang Kai’s in order to expose abuses carried out by the Chinese government and promote religious freedom and rule of law in China.

I have already safely arrived home in Inner Mongolia. I am thankful for all friends who were concerned about me during this time and who looked after and comforted my family members.