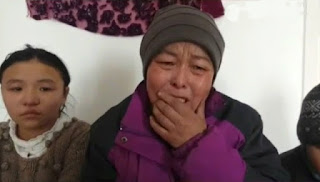 (Urumqi, Xinjiang—Jan. 23, 2020) According to an ABC News report, the Chinese-state owned media outlets, Global Times and CGTV, released propaganda videos to validate the Chinese Communist Party’s mass incarceration of Uyghurs for their ethnicity and religious beliefs. Many of these videos highlight family members of Uyghurs living abroad in an attempt to convince the outside world that they are safe.

Well-known Uyghur activists, such as Rebiya Kadeer and Dolkun Isa, were specifically targeted by the Global Times for their outspoken criticism of the Chinese Communst Party. Ms. Kadeer was able to identify 21 relatives in the propaganda videos who were previously missing.

In response to unanswered questions and missing relatives, Uyghurs around the world started the #StillNoAnswers media campaign. Many believe China’s videos to be a reaction to the popular hashtag.

There is reported to be between 1-3 million Uyghurs, an ethnic minority group, held in “re-education camps” in the far northwestern region of China called Xinjiang. The Chinese Communist Party has been arbitrarily arresting Uyghurs in order to allegedly give them “vocational training” and to combat terrorism, but many argue it is a means to brainwash and control an entire group of people.

Moreover, Uyghurs who have survived these camps report being tortured, starved, and in some cases, forced to work long hours with little to no pay. Because of the camps’ conditions, some have suffered from mental health issues, including suicidal ideation.