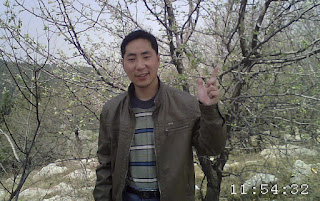 (Huaibei, Anhui—July 28, 2017) A procuratorate in China’s eastern Anhui province roused suspicions on July 20 after they transferred the case of a house church pastor to a court for prosecution, seemingly without taking enough time to properly review the evidence.

According to the indictment, Chen illegally planted Chinese medicine on Shayuzi Hill near the border of Lieshan District, where he lives, and the neighboring Duji District. The document also accused him of hiring bulldozers with the help of two accomplices in order to remove 3,307 pomegranate, apricot, and sycamore trees owned by Duji District resident Li Wenqian, the value of which amounts to 190,000 yuan ($27,928.00 USD).

However, the indictment’s accusations contradict the facts of the case. The conflict began when a court in Lieshan District granted the church the right to a plot of land which was part of a 494-acre expanse of forest illegally occupied by influential people from Duji District for more than 20 years. Wanting to build a temple on the land, the Duji occupants began to look for reasons to frame the church and used Chen’s work on the church’s contracted land to accuse him of property damage.

When the church complained, secretaries from both districts agreed that the land belonged to Lieshan District, giving the people occupying it no right to it, but they failed to produce an official document. Now, all of the local government departments have retracted their previous statements and ruled that the land belongs to Duji District.

Before Chen was detained on April 12, Li attempted to exact revenge by hiring a woman surnamed Ren to kidnap Chen’s brother. However, authorities and villagers learned of the plan and intervened.

Chen’s indictment also included the testimonies of 40 witnesses, whom Chen’s wife, Wang Hong, believe were hand-selected by the government in order to promote its own agenda against her husband.

On June 14, more than 10 public security bureau agents arrived at Wang’s home unexpectedly and demanded that she take them to her husband’s room.

“They searched every corner of his office and took away the computer’s main console,” Wang said. “They also thoroughly searched other rooms. I told them that I couldn’t find the key when they approached my closet, but they pried it open with special tools anyway. They took away the confiscated objects and gave us an inventory list.”

ChinaAid exposes abuses, such as those suffered by Chen Shixin, in order to stand in solidarity with persecuted Christians and promote religious freedom, human rights, and rule of law.