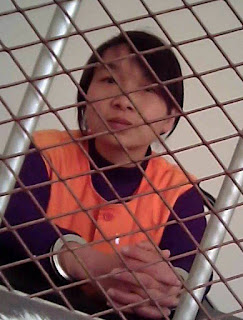 (Dali, Yunnan—July 12, 2017) Public security bureau personnel in China’s southern Yunnan province transferred the case of a Christian woman to a local court yesterday, despite the prosecutor’s belief in the woman’s innocence.

Levying the charge of “utilizing cults to sabotage law enforcement,” officials took Tu Yan, a church member, from her hotel in Dali, Yunnan, last October and held her for nine months. During that time, public security bureau personnel examined the case and submitted evidence to the procuratorate twice for prosecution, but the court ruled it insufficient and ordered them to investigate further both times. The public security bureau re-submitted so-called “evidence” against her for a third time on July 10, and the prosecution process began again.

Ren Quanniu, Tu’s lawyer, told ChinaAid that he met with his client last week and that she said she hadn’t heard of the Three Grades of Servants, the religious sect—considered a cult by the Chinese government—that she is accused of affiliating with.

Recently, Tu’s sister, Tu Kui, and their father went to the detention center and tried to convince the procuratorate of her innocence. However, Ren says that the procuratorate is not actually responsible for the case.

“Even the prosecutor in charge of the case believes that Tu Yan’s behaviors are no big deal,” Ren said. “The prosecutor admits that Tu Yan didn’t commit any crime, but he doesn’t have any say in this case. The procuratorate doesn’t have jurisdiction over this case, either. The personnel really in charge of the case is of a more powerful background.”

Despite the prosecutor’s doubts, the government is considering Tu Yan’s case “major,” and the primary investigators are facing enormous pressure from their superiors.

Five other Christians were taken into custody along with Tu, but only she and a Christian named Su Min were detained. Su hired a lawyer from Beijing, and her case has also been transferred to the procuratorate. Nothing else is known about her at this time.

ChinaAid eposes abuses, such as those suffered by Tu Yan, in order to stand in solidarity with persecuted Christians and promote religious freedom, human rights, and rule of law.