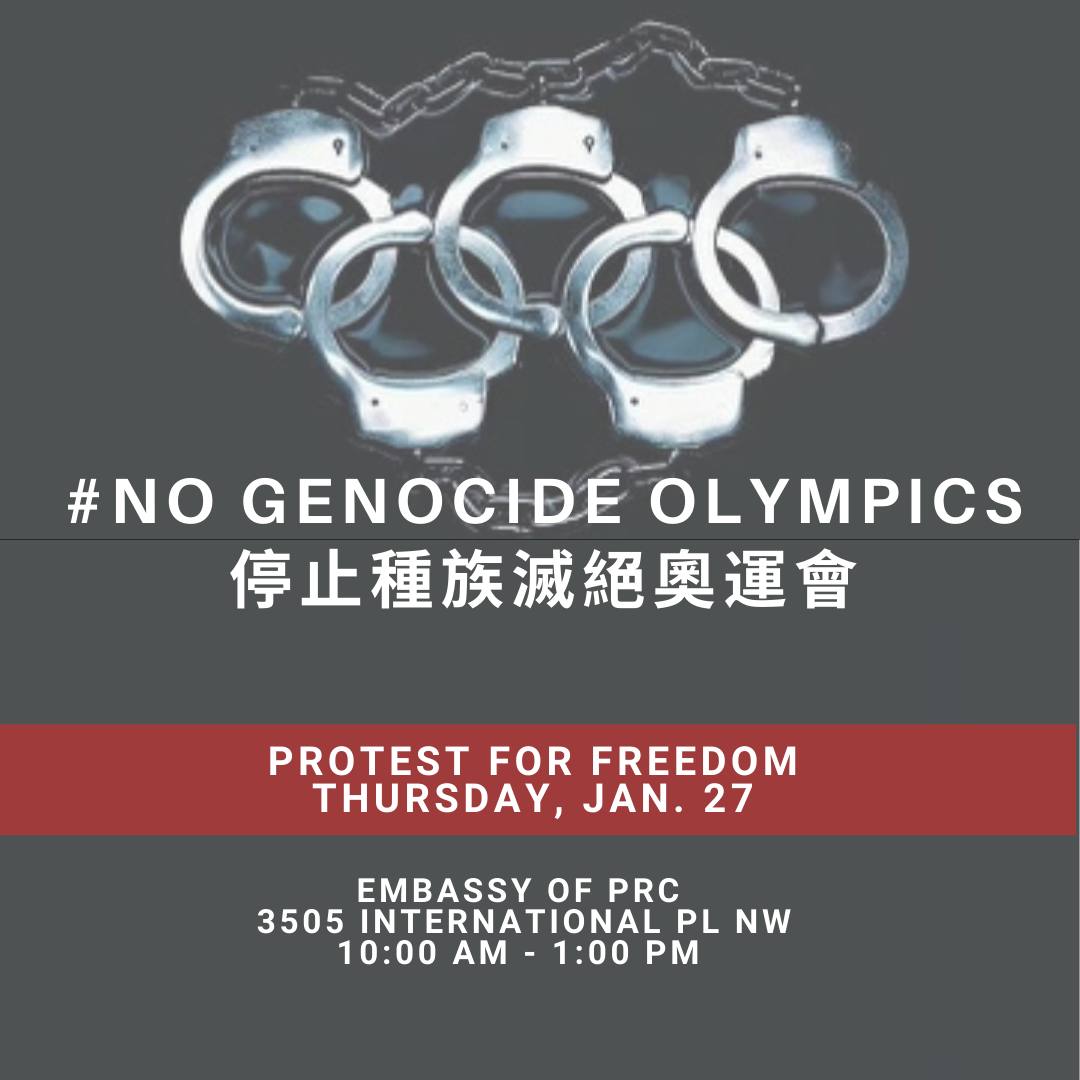 (Washington, DC—January 21, 2022) China Aid Association and other
like-minded organizations will host the “Protest for Freedom” on January 27 to
call on the Chinese government to release Guo Feixiong, renowned human rights
activist, and call for a boycott of the 2022 Beijing Olympics. The protests
will take place outside the Embassy of the People’s Republic of China in the
U.S. at 3505 International Pl NW from 10:00 AM to 1:00 PM.

Guo Feixiong’s wife,
Zhang Qing, died of terminal illness on January 10, 2022. The Chinese
government arrested Guo Feixiong, also known as Yang Maodong, as he attempted
to visit his wife in January 2021. He was formally arrested on January 12, 2022,
two days after Zhang’s death, barred from attending her funeral and unable
to comfort his two grieving children. As to follow the theme of the event
(“Remember Zhang Qing, Free Guo Feixiong”), a mock coffin will be carried during
the demonstration.

The 2022 Winter
Olympics will begin in Beijing on February 4, despite the ongoing genocide of
Uyghurs and other ethnic minority groups by the Chinese Communist Party (CCP).

“The Chinese Communist
Party must immediately release Guo Feixiong to bury his wife and comfort his
two surviving children,” Bob Fu said, founder and president of ChinaAid. “Their
Communist regime continues to tear apart families, from the countless prisoners
of conscience to the millions of Uyghurs in concentration camps. Citizens of
the free world cannot stand for such atrocities.”

Tiananmen Square
protest leader and human rights activist Wang Dan will attend and speak at the
event, joined by human rights “barefoot lawyer” Chen Guangcheng and U.S. Representative
Chris Smith of New Jersey. Chen commented, “The various abuses of the Communist
Party tramples on human rights and dignity. We must protest for the freedom of
Guo Feixiong and boycott the Genocide Olympics.” Exiled leaders from the persecuted
Tibetan and Uyghur communities and other prominent dissidents will also attend
and speak at the rally.