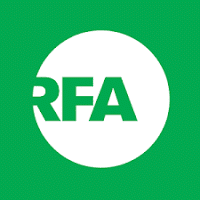 A court in Hong Kong on Thursday jailed three former student leaders of the city’s 2014 pro-democracy movement over their occupation of a closed-off public space at the start of the Occupy Central civil disobedience campaign for fully democratic elections in a move widely criticized as political.

The three had previously been sentenced to community service and a suspended prison sentence by a magistrate after being found guilty of charges relating to “illegal assembly.”

But the Hong Kong government applied for a review and called for harsher sentences for the trio’s storming of the cordoned-off Civic Square at government headquarters.

The three had been warned to expect prison terms following the jailing of 13 environmental protesters on Tuesday after they had served community service sentences.

“At a time when Hong Kong has been gradually turning into an authoritarian system, we have seen constant assaults on the rule of law,” Wong told journalists ahead of the ruling.

At a rally ahead of the verdict, the three shouted “Hope rests with the people!” and “Change begins with a fight!”

Wong told supporters: “I still believe that time is on our side and one day Hong Kong will be a place where we can determine our own future.”

“We must be optimistic about our fate and love our hometown,” he said. “I believe there’s no reason for anyone who is not in prison to give up the fight.”

Wong later tweeted: “They can silence protests, remove us from the legislature and lock us up. But they will not win the hearts and minds of Hongkongers.”

The sentences relate to a Sept. 26, 2014 action in which several students pushed their way and climbed into a fenced-off forecourt of Hong Kong’s legislative complex, which the authorities had cordoned off ahead of the movement.

Prosecutors claimed that “the nature of the crime in this case is extremely serious,” and that “as the accused do not feel true remorse, awarding a sentence of community service is wrong on principle and clearly not enough.”

But Law said the sentences showed the huge impact the Occupy Central movement has had on Hong Kong’s political life.

“In 2014, the far-reaching and magnificent Umbrella movement broke out, and now today, a certain group of people want to discredit it as a historical mistake, to make all the participants feel ashamed and regretful,” he told the rally before being taken to prison.

“But I am sure that no matter what the verdict is today, our minds are still free,” he said.

Chow said he would remain “determined” in the face of adversity.

“I believe that when we stand on the side of truth … I believe that our insistence that … freedom and democracy and the rule of law are the right thing will mean that we can stand firm,” Chow said. “We will never back down.”

The recent disqualification of six pro-democracy lawmakers in a row over their oaths of allegiance following an intervention by China’s parliament last November, and the recent retrospective jailings of peaceful democracy activists have been slammed as a sign that the ruling Chinese Communist Party has no respect for Hong Kong’s judicial independence, nor the “high degree of autonomy” promised ahead of the 1997 handover.

“I think this is a three-way collaboration between Carrie Lam’s government, the government in Beijing and the court to send a clear message to protesters in Hong Kong,” Shum said. “They want to show that there will be a crackdown, and that the penalties will be very high for anyone engaging in street protests.”

“We are talking about 10 times harsher penalties than we have seen in the past,” he said.

A rally participant surnamed Chu said the government appears to have pursued the trio selectively.

“They have picked on a few political personalities to go after … because it’s the younger people who are most likely to have the most impact, to be elected as lawmakers,” she said. “They have deliberately given them longer jail terms to make sure they can’t stand [in forthcoming byelections] for the Legislative Council.”

“I think that’s a form of political control.”

Anyone sentenced to more than three months in prison is barred from running for the legislature or district councils for five years.

A second rally participant surnamed Law said the sentences wouldn’t act as a deterrent to others.

“I think if they’re going to hand out such light sentences it’s not going to act as much of a deterrent,” he said. “They can just come back and carry on when they get out.”

Rights groups slammed the sentences handed down on Thursday as “a vindictive attack on freedom of expression and peaceful assembly.”

“The real danger to the rights of freedom of expression and peaceful assembly in Hong Kong is the authorities’ continued persecution of prominent democracy activists,” Mabel Au, director of Amnesty International Hong Kong said in a statement.

“The relentless and vindictive pursuit of student leaders using vague charges smacks of political payback by the authorities,” Au said. “Prosecutions aimed at deterring participation in peaceful protests must be dropped.”

“The justice department’s outlandish application seeking jail time is not about public order but is instead a craven political move to keep the trio out of the Legislative Council, as well as deter future protests,” she said.

A treaty signed in 1984 by then British Prime Minister Margaret Thatcher and Chinese Premier Zhao Ziyang set out how Britain would end its century-and-a-half long rule over Hong Kong, and how China would govern the city using the “one country, two systems” principle promising the maintenance of the city’s traditional freedoms for at least 50 years.

But a string of legal interpretations by China’s parliament of Hong Kong’s mini-constitution, the Basic Law, as well as cross-border detentions of five Hong Kong booksellers, have left many fearing that the city’s traditional freedoms of press and association, and its judicial independence, have been seriously eroded.

U.S. Senator Marco Rubio, chair of the Congressional-Executive Commission on China (CECC), said the “heavy hand” of Beijing was clearly behind the jailing of Wong, Law and Chow on Thursday.

“Beijing’s heavy hand is on display for all to see as they attempt to crush the next generation of Hong Kong’s pro-democracy movement and undermine the ‘one country, two systems’ arrangement,” Rubio said in a statement.

He called on the Senate to pass the Hong Kong Human Rights and Democracy Act, which would allow the U.S. to freeze assets and bar entry to those deemed responsible for “suppressing basic freedoms” in the city.

The Occupy Central campaign for fully democratic elections was sparked by Beijing’s Aug. 31, 2014 decree that any move to universal suffrage in the city must include the vetting of candidates by its supporters, and called for “genuine universal suffrage.”

At its height, hundreds of thousands of people poured onto the city’s streets in protest, using umbrellas to protect themselves from sun, rain, and pepper spray, and giving the “Umbrella Movement” its nickname.

But the movement ended with no political victory, and amid accusations from Beijing that the protests were being orchestrated by “hostile foreign forces” behind the scenes.

Reported by Lam Kwok-lap and Hei Na for RFA’s Cantonese Service, and by Wang Siwei for the Mandarin Service. Translated and edited by Luisetta Mudie.