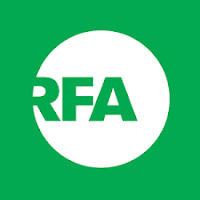 The ruling Chinese Communist Party has denied an application for parole by jailed Chinese Nobel peace laureate Liu Xiaobo, a Hong Kong-based rights group reported, as U.S. and Chinese officials geared up for an annual dialogue on human rights in Washington on Thursday.

“Three brothers of … Liu Xiaobo were given permission to visit him in Jinzhou Prison in Liaoning last Tuesday, after a wait of 13 months,” the Information Center for Democracy and Human Rights in China said in a statement on its website.

“Liu Xiaobo told them that his request for a reduction in sentence had been denied, and that he can’t make another application for another three years,” it said.

“His brother Liu Xiaoguang said that Liu Xiaobo … criticized the prison authorities for denying him the right to be in contact with friends and family, which is against the Constitution,” the group said.

Liu, who was jailed in 2009 for 11 years for “incitement to subvert state power,” is unlikely to qualify for parole, because he has never admitted to committing any crime.

Liu Xiaobo’s continued imprisonment has been cited by rights groups as an emblem of Beijing’s poor record, ahead of China-U.S. human rights dialogues, which run in Washington Thursday through Friday.

He has been held since 2008 after helping to draft Charter 08, a manifesto calling for sweeping changes in China’s government that was signed by thousands of supporters.


His wife Liu Xia has been held under house arrest at the couple’s Beijing apartment since her husband’s award was announced.

Shenzhen-based writer Ye Du, who is a close friend of Liu Xia, said she isn’t doing too badly, following widespread concerns over her physical and mental health in recent years.

“She’s not too bad,” Ye said. “She told me she is able to visit him about once a month, and that his health isn’t too bad, because the discipline is quite good in that jail,” he said.

Beijing-based rights activist Hu Jia accused the authorities of deliberately plunging Liu Xia into isolation since her husband’s award was announced, in a move that infuriated Beijing and chilled diplomatic ties with Norway.

“They were adamant that Liu Xia couldn’t go and visit Liu Xiaobo when the other relatives went,” Hu said. “They were actually trying to isolate Liu Xia.”

“But it’s not clear to me whether they were all allowed to visit him together, or whether they arranged two separate visits on this occasion,” he said.

Earlier this week, group of Chinese rights lawyers and activists called on the United States to put pressure on Beijing at this year’s bilateral human rights dialogue in the wake of a nationwide crackdown on the country’s embattled legal profession and a slew of repressive laws.

They said previous dialogues have done little to improve matters for peaceful critics of the government or for those who seek to stand up for their legal rights using the judicial system.

Reported by Ka Pa and Wei Ling for RFA’s Cantonese Service, and by RFA’s Mandarin Service. Translated and written in English by Luisetta Mudie.