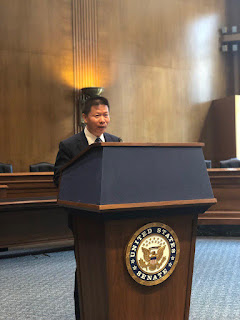 (Washington, D.C.—July 15, 2019) The Coalition to Advance Religious Freedom in China launched a joint letter to CEOs of Silicon Valley businesses today, asking that they put measures in place to ensure they are not complicit in supplying technology to China that the nation intends to use to abuse human rights.

The letter cites China’s use of advanced technology to conduct crackdowns on religious groups and ethnic minorities, such as the Uyghur and Kazakh people. It calls on Silicon Valley companies to create a plan in order to block China from using their products in human rights abuses, not give in to any demands from China that they censor their online presence, and meet with experts in the realms of Chinese technology, human rights, and civil society to in order to gain more insight.

Coalition representatives are also requesting a meeting with the companies.

The letter can be read in full here.