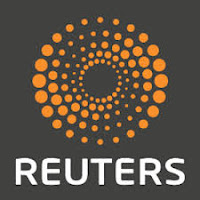 ■ Beijing– The Chinese Communist Party’s fight against corruption is also being applied in Tibet to officials who secretly believe in religion and try to make pilgrimages to the Dalai Lama, China’s top official in the region said on Monday.

Beijing says it “peacefully liberated” Tibet in 1950 and that its rule has brought prosperity and equality to a once-backward region and that it respects the region’s religion and customs.

However, rights groups and exiles say China governs with an iron fist and represses Tibet’s Buddhist people, which leads to periodic outbreaks of violence and anti-Chinese protests.

Tibet party boss Chen Quanguo, in comments carried on the website of the party’s graft-busting Central Commission for Discipline Inspection, said Tibet’s lack of oxygen and position at the frontline of fighting separatism did not mean it ignored the battle against corruption.

Everyone in Tibet has “rallied round” President Xi Jinping’s anti-graft campaign, Chen said.

Special effort was being focused upon “officials who have an incorrect view on minority people’s (issues) and profess no religious belief but secretly believe,” he added.

Chinese officials are not supposed to have religious belief.

The party would go after officials who follow the Dalai Lama, go on pilgrimages to worship him, listen to religious sermons or send their children to schools organized by followers of the Dalai Lama, Chen said.

China despises Tibetan spiritual leader the Dalai Lama, who fled into exile in India in 1959 after a failed uprising against Chinese rule, and brands him a violent separatist.

He denies the charges, saying what he wants is only real autonomy for Tibet.

Xi has vowed to combat deep-seated corruption since assuming power in late 2012, though areas of China with big minority populations, such as Xinjiang and Tibet, have largely escaped the campaign so far.