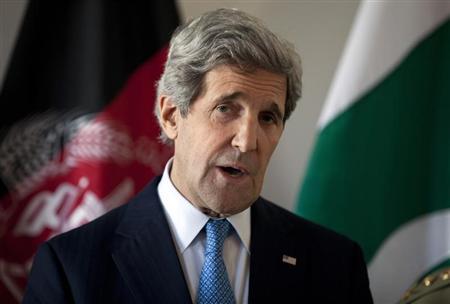 New York-based rights group Human Rights Watch said the younger Chen had been diagnosed with appendicitis and "urgently needs effective medical care," but, to their knowledge, had not been offered surgery for the condition.

Chen was sentenced to more than three years in jail in November after a trial the United States described as "deeply flawed" and that rights activists suspect was in retaliation for his blind uncle’s escape from house arrest.

Chen was charged after using knives to fend off local officials who burst into his home on April 27, 2012, the day after they discovered his uncle had escaped from 19 months of harsh house arrest in eastern Shandong province and fled to the U.S. Embassy in Beijing.

Chen Guangcheng’s decision to take refuge in the U.S. Embassy was deeply embarrassing for China, and led to a serious diplomatic tussle between the two nations before China allowed him to fly to the United States with his wife and child.

Human Rights Watch said the nephew, Chen Kegui, called his father on April 24 to tell him he had been diagnosed with appendicitis by a prison doctor.

"When I spoke to the secretary this morning, he again expressed his concern about the case," Ventrell added, saying Kerry had raised the case with China in the past "and he intends to do so directly again, with the Chinese leadership."

Kerry was likely to do so in a telephone call, Ventrell said.