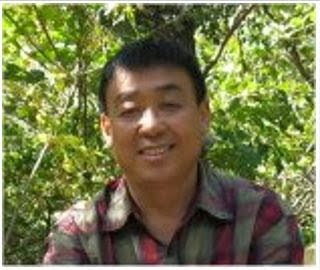 
Authorities in the central Chinese province of Henan are preparing to put an influential detained pastor who defended his church’s land rights on trial on public order and “fraud” charges, his lawyer said on Wednesday.

“I requested a meeting with Zhang Shaojie today, but the detention center staff wouldn’t let me visit him,” Liu said. “They said I would have to get the agreement of the court.”

He said the detention center was in clear breach of provisions under China’s Criminal Procedure Law relating to meetings with lawyers.

“I have already given my letter of instruction to the court, and I will go back this afternoon to request a meeting again,” he said.

The Chinese authorities had been cracking down on Zhang’s government-approved Nanle church for about a month before his November detention following a land dispute that pitted the popular preacher against the county government.

The crackdown on a state-approved church surprised many observers as the Communist government officially allows Christians to only worship in such churches, while unregistered congregations tend to be harassed.

Church supporters say the county government reneged on an agreement to allocate Zhang’s church a piece of land for the construction of a new building.

“The prosecutors and court both lied to him, and didn’t inform him that his family had already hired lawyers,” he said.

“The court told him [on Tuesday] that his family hadn’t found lawyers for him, and that the court would appoint a lawyer for him.”

Zhang is denying all charges against him, he said.

“He says there is no evidence of ‘serious consequences’ to [an open-air church service he conducted] and that he never carried out the actions described on the charge sheet,” Liu said.

“He also denies the charge of fraud, which is written in a very vague way on the charge sheet, which runs to three pages but which you could say is very slapdash,” the lawyer added.

The five people detained alongside Zhang, some of whom are his relatives, have yet to be charged, Liu said.

Church crackdown
Liu’s charges come after local officials detained him on Nov. 16 and later seized control of the state-sanctioned church, sealing it off from the congregation.

Hundreds of Protestant worshipers from Shenzhen, Shanghai, Jiangsu, Hebei, Shandong, and Beijing converged on Nanle county over Christmas to show support for the church, which is a member of the ruling Chinese Communist Party’s Three-Self Patriotic Association of Protestant churches.

But they were banned from using the church premises, which have been sealed off by local officials, who are watching the buildings to prevent anyone going in, local congregation members said.

Dozens of people were surrounded by more than 100 police after they tried to hold a Christmas service in the open air instead.

Lawyers for Zhang and the other detainees were beaten by government-hired thugs and themselves detained after they protested being denied the right to visit their clients.

Another preacher, Shenzhen-based pastor Cao Nan, has also described being tortured with pepper spray while in police custody.

Nanle church-goers have previously accused the government of targeting the church’s property under the guise of other charges.

A Nanle county Protestant worshiper who declined to be named said he was very angry at the news of charges against Zhang.

“It looks as if the Nanle county government has already concocted some fake evidence, so as to ‘prove’ Zhang’s guilt on all counts,” he said.

“They are despicable, shameless scum, to do this,” he added.

Lawyer faces loss of license
Meanwhile, a second defense lawyer, Xia Jun, faces losing his license to practice after being accused of “stirring up trouble” in Nanle county and inviting other lawyers to get involved in the case.

Xia said he had recently received a call from the head of his Shenzhen-based law firm saying that the city’s justice bureau had received a letter from Nanle county lawmakers and political advisers calling for his license to be canceled.

“They are going to pursue me legally,” Xia said. “They even said I got a group of lawyers together and a crowd of people and inciting them to cause trouble [in Nanle county].

“[They said] I disturbed public order and sought out foreign journalists, and they have demanded that my lawyer’s license be revoked,” Xia said.

“I have no opinion right now,” Liang said. “The facts of the situation really aren’t clear, and I can’t make any comment.”

Asked if Xia would lose his license, Liang replied: “We will have to see what happens.”