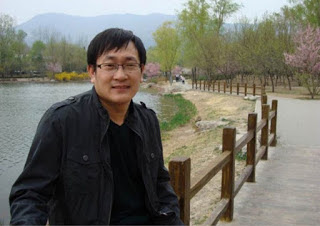 (Jinan, Shandong—April 5, 2020) Chinese authorities have stoked anger after releasing human rights attorney Wang Quanzhang only to quarantine him hundreds of miles from family.

Wang has spent the last four-and-a-half years behind bars on a subversion charge. He vanished into police custody in 2015, during a nationwide crackdown on rights lawyers, and resurfaced three years later.

The Chinese government often accuses rights attorneys of subversion for defending people targeted by the state. While behind bars, these lawyers are often tortured and forced to confess to their crime.

Wang has now, on paper, been released. However, officials did not allow him to see his wife and son in Beijing. Instead, they forced him to return to Jinan, Shandong, his original hometown, saying he must quarantine for 14 days.

His wife, Li Wenzu, fears officials are using the COVID-19 pandemic to further keep him locked away. She told the Guardian, “The government is continuing to restrict his personal freedoms and forcing us to be separated. This behavior is shameless, I’m absolutely opposed to this and am very angry.

“I fear the government is using the pandemic as an excuse to detain him. Would it be just 14 days as they say? I can’t trust them. So long as my husband has no freedom, I’ll continue to fight until he comes back.”

Yesterday, Wang phoned Li to ask her not to meet her in prison. When she demanded to know whether or not officials coerced him to say that, he told her they would be reunited but alluded to a vague “process” they must first undergo.

China’s insistence that Wang remains confined after four-and-a-half years is unacceptable, and ChinaAid urges the Chinese government to grant him freedom of movement. In addition, ChinaAid asks for an independent investigation into China’s torture and abuse of human rights lawyers so that all perpetrators may be held accountable.