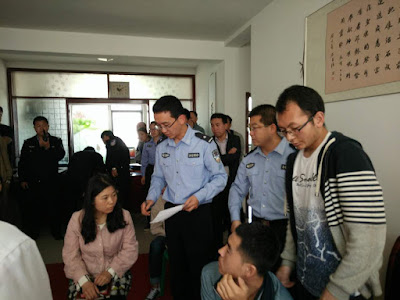 Seven congregations forced to relocate in bid to close church

(Beijing—Aug. 24, 2018) Pressure from Beijing officials forced all seven locations of the city’s largest house church, hoping it would close.

However, after receiving the news that his congregation would have to relocate, Zion Church pastor Jin Mingri said, “Christians will never give up meeting together even though our churches have to move. We are pilgrims and sojourners in the world … The church has already been in a tomb, underground, park, company, home, and the wilderness, so location doesn’t matter.”

The move comes after the church’s landlord terminated its contract early, succumbing to government harassment. Authorities often place immense pressure on churches’ landlords, hoping to uproot the congregations from their meeting places and perhaps induce a closure. According to documents released by the Communist Party, the reason they take these actions is to “not let others point out their faults.”

He anticipates more churches across the country speaking out against the government’s abuses and sharing the burden of persecution together.

Last month, 34 Beijing house churches released a joint statement spotlighting the harassment they are receiving from the government and pointing out that religion is protected by the Chinese Constitution, which reads in Article 36, “The State protects normal religious activities.”

ChinaAid exposes abuses, such as those suffered by the members of Zion Church, in order to stand in solidarity with the persecuted and promote religious freedom, human rights, and rule of law.