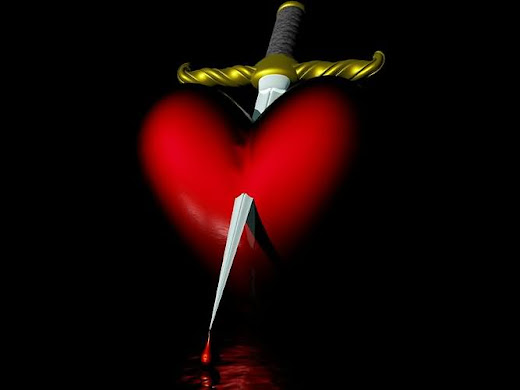 Shi Minglei (Hope): “Even though wounded in my heart, I pray…. I have hope…”

I am wounded in my heart.

Last week, I learned that Chinese Communist Party (CCP) security officers arrested another two friends who have supported me during the past two years. My heart feels heavy. Two years ago, CCP authorities arrested Cheng for his human rights activism. On July 20, State officials sentenced him to serve five years in prison. Then as now, I sometimes question: What will he be like when released in 3 more years?

Most of those I know who have been released after serving time in prison have suffered from Post Traumatic Stress Disorder (PTSD). This includes fellow Christians who have not only been wounded in their hearts, but in their bodies, and especially in their minds.

Five days before I fled to China to seek asylum in the United States, CCP authorities arrested another Christian friend for speaking out in support of her recently arrested boyfriend. At this time, eight months ago, my friend had struggled with depression. While imprisoned, guards kept her in solitary confinement. Now, even though released, she sometimes struggles with even more serious depression. At times, she even experiences hallucinations.

Each day, I pray for her and other Christians who have been and are imprisoned

for their faith in Jesus Christ. I ask God to bless her and others tortured and imprisoned with:

that they will be free in every way, and

I also pray for another friend, a 32-year-old brother in the faith. While in prison, guards deprived him of just about everything. They limited the amount of food they gave him to the point he did not have a bowel movement for two weeks. The food guards typically give to inmates does not have much nutrition—usually rice… sometimes with a little bit of vegetables.

Often, guards will keep lights on in a prisoner’s cell for 24 hours, seven days a week. During most of those times, as guards will not permit prisoners to cover their eyes, and they do not have access to a clock, inmates often become confused. They do not know the time, nor day from night. For every action a prisoner takes, they must ask a guard for permission, even to raise their hand. At one point during his imprisonment, guards forbid my friend to speak for six months.

Now, even though I am free and happy in the United States, at times because of so many of my brothers and sisters being arrested, imprisoned, and persecuted, I am saddened. Even though wounded in my heart, however, I pray… As I pray, I have hope….

###
ChinaAid note: Research reveals that for those Hope talks about in China, as well as for those in the United States, and throughout the world suffering from PTSD, recovery includes a process of learning and remembering two truths:

2. there is hope—not just once but over and over.*

Think about how bread gets made. It must be kneaded so that the yeast goes through the whole loaf. These two truths* must be kneaded into who you are until they work through every part of you. The working of these truths into the deepest part of you takes time. The damage you suffered may have been done in one or more terrible moments; the healing and the restoration unfolds at a human pace. It unfolds at your pace. It unfolds as part of your story, and it unfolds over time.

Meantime, over time, like Hope, even though at times wounded in our hearts, we are to pray… As we pray, and “come boldly to the throne of grace,” we have hope….

###
Let us therefore
come boldly to the throne of grace,
that we may obtain mercy
and find grace to help
in time of need.
~ Hebrews 4:16 (NKJV)
China Aid exposes abuses in order to stand in solidarity with the persecuted and promote religious freedom, human rights, and rule of law. If you wish to partner with us in helping those persecuted by the Chinese government, please click the button below to make a charitable donation.