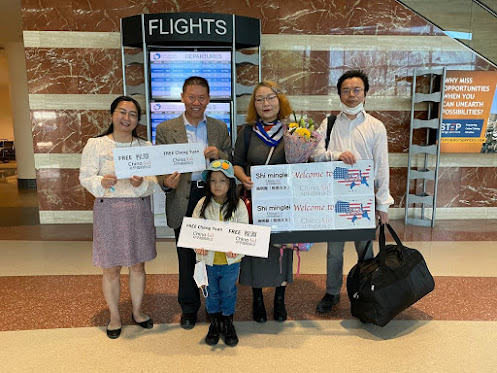 In a ChinaAid post on July 31, 2019, Ms. Shi shared excerpts from a letter she wrote, titled “Horrific July 22, 2019.” She explained that authorities arrested Mr. Cheng on a charge of “inciting subversion of state power” and booked him at the Changsha National Security Bureau Detention Center at around 2:00 a.m. on July 23. Later that day, a representative of the Bureau arrived at Shi’s home and announced that she was being put under “residential surveillance” on the same charge. In her letter, Ms. Shi wrote:

I have my own job and am not even interested in politics. I spend time with my child after work. When they interrogated me, they didn’t ask any questions about how I subverted state power; rather, they only asked me about Cheng Yuan. I have no idea what Cheng Yuan does for work. Now, I am being held under residential surveillance on an “inciting subversion of state power’ charge.”

I am a Christian, and God is with me, which enables me to calm down even in the midst of this horrible event. I am not subject to anyone. I believe that Cheng Yuan, my husband, loves mercy and justice and pursues social justice and righteousness, and he doesn’t deserve the treatment [authorities are giving him]. In regards to me, the charge is absolutely made up.

Going by the lifespan of an average human, I’ve lived half my years already.

On my 33rd birthday, I remembered that our Lord Jesus, who was on earth for 33 and a half years, was fulfilled at the age of 33. On that day, I had many sadnesses and lamentations. I had just walked through the deathly shadows of a dark valley in my marriage, and I thanked the Lord for saving my life in the midst of a crisis.

What I didn’t expect was that over the next 700 days or so, a bigger storm would sweep over me, and that the trajectory of my life would be altered completely.

… But what about myself? Who am I? What are my life values? Where am I headed? These are the questions that keep coming at me. Perhaps, this is a question that most people who are going through a similar experience to me will encounter. There is no standard answer to it, and so far for me, at age 35, I don’t know the answer.

But what I have learned is that, even though I don’t know what tomorrow holds, I do know who is in charge of tomorrow. I place myself in God’s hands and lean on Him completely. I am a wife, a mother, a victim of tyranny, an internet professional, a working woman, but none of these are my “factory settings.” My only factory setting is that of Jesus’ lamb, redeemed by Him at a great price, a daughter of the Father.

I also know with certainty that none of what we experience today has been suffered in vain, and in the process, I have come to realize that there is nothing other than faith and love that cannot be surrendered. I used to think that I needed a lot, but now I realize how little I actually need.

Today, ChinaAid warmly welcomes Ms. Shi Minglei and her 5-year-old daughter to freedom in West Texas. We appreciate efforts by officials in the US State Department and other various embassies that cooperated with us in rescuing them from China to our community.
We call upon the Chinese government to immediately release Mr. Cheng Yuan, Ms. Shi’s husband, and his two colleagues. Chinese Communist Party (CCP) authorities have already arbitrarily imprisoned these three men for more than 600 days—solely for their human rights defense work.

https://chinaaid.org/2021/03/shi-minglei-wife-of-cheng-yuan-human.html
https://chinaaid.org/2020/03/police-show-up-at-womans-door.html
https://chinaaid.org/2019/08/three-ngo-workers-arrested-on.html
###
Therefore do not worry about tomorrow,
for tomorrow will worry about its own things.
Sufficient for the day is its own trouble.
~ Matthew 6:34 (NKJV)
China Aid exposes abuses in order to stand in solidarity with the persecuted and promote religious freedom, human rights, and rule of law. If you wish to partner with us in helping those persecuted by the Chinese government, please click the button below to make a charitable donation.