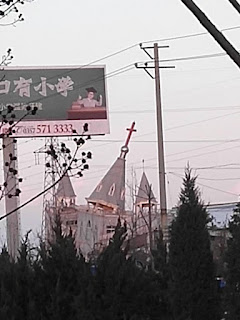 (Garzê, Sichuan—Jan. 27, 2018) Nestled in a remote, northern corner of China’s Sichuan province, Larung Gar, the world’s largest Tibetan Buddhist learning institute has fallen under the threat of the Communist Party, threatening the livelihoods of its more than 10,000 residents.

According to the AFP, local authorities wrote a pamphlet last August detailing plans to separate Larung Gar’s monastery and academy with a wall, restricting them into separate sections. It also set out plans to forcibly register the names of its residents and tourists and ordered everyday citizens, nuns, and monks to distinguish themselves with different colored tags.

Additionally, 97 government agents will live within the site, each charged with either overseeing propaganda, education, finance, or security.

In April 2017, the government ended an eight-month long demolition and expulsion strike against the community, shaving the population in half as people were forced from their homes. Since Tibetan Buddhists view Larung Gar as an epicenter of holy life and learning, the campaign even drove one nun to suicide.

ChinaAid exposes abuses, such as those committed against the residents of Larung Gar, in order to stand in solidarity with the persecuted and promote religious freedom, human rights, and rule of law.