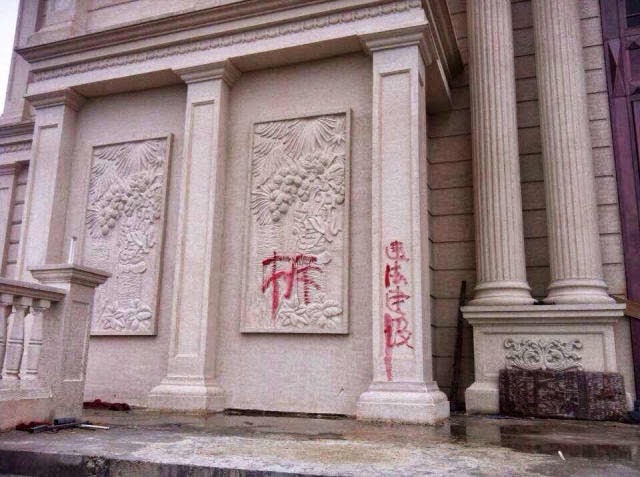 China Aid Association
(Lucheng District, Wenzhou, Zhejiang—April 30, 2014) Prior to Monday’s demolition of Sanjiang Church in Yongjia County, Wenzhou, members of the Chinese Christian Congress and the Three-Self Patriotic Movement in Lucheng District, Wenzhou released a statement, saying they would resign from their posts if the government continued to persecute Sanjiang Church.

Saturday, when the statement was released, the group said that they have always done their best to safeguard religious freedom in the area and would continue to do so throughout government persecution of local churches.

The Chinese Christian Congress (CCC) and the Three-Self Patriotic Movement (TSPM) of Lucheng District [in Wenzhou] are legally registered religious organizations. Since our founding, we have abided by the teachings in the Bible, observed disciplines and obeyed laws, loved the country and the religion, and safeguarded the legitimate rights of the churches. To build a harmonious society and to build the capital of philanthropy in Lucheng, the CCC and TSPM have brought into full play our function as a bridge. The incident of tearing down the cross at Sanjiang Church by the government has greatly hurt our religious feelings, and the image and the reputation of the CCC and TSPM have been severely damaged. Great masses of believers in Lucheng District are strongly appealing for justice. For this, people from the CCC and TSPM of Lucheng District held an emergency meeting on the afternoon of April 25, 2014, to discuss the position that the CCC and TSPM takes when the church faces a crisis:

1. To safeguard, according to law, the legitimate rights of the church and the dignity of faith, we are resolutely against the government’s conduct of trying to tear down the cross of the church through force.

2. As for the government’s revenge on the co-workers who protect the religious faith according to law and appeal for help in a reasonable way and their revenge on various types of people connected with these co-workers, we hereby express our indignation and denunciation. We call on the government to immediately stop such actions.

3. As for the sites for religious activities involved in this campaign of “Three Rectifications and One Demolition,” and due to many reasons left from history, we expect the government to properly and reasonably handle the issue according to the actual situation and according to the gist of “Basic Viewpoints and Basic Policy on Religious Issues during the Socialist Period in China” (Document No. 19 for short).

4. We suggest that the people in the administrative departments of the government and the Christians sit down and hold dialogues. This should not be treated as which side wins or loses. Instead, it should be treated in the context of building a harmonious society. We should transform confrontation into dialogues and make joint efforts in realizing the Chinese Dream.

5. We are resolutely against those people who have ulterior motives and who create chaos by utilizing incidents of forced demolitions in order to damage the image and reputation of Christianity and the social harmony.

6. If the situation of forced demolition of the church’s cross continues to worsen, the CCC and TSPM will lose its function as a bridge, and all members of the Standing Committee of the CCC and TSPM of Lucheng District will resign as a group out of helplessness.

The above is the position of our CCC and TSPM of Lucheng District. We hope the government departments can understand and respect us.