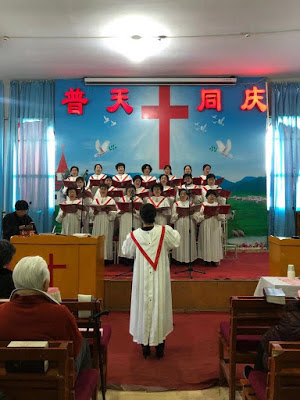 (Xining, Qinghai—July 21, 2020) A representative of China’s state-run church system has sued the government.

Wang hired Lin after Donghu Church was forcibly demolished by the authorities on Easter Sunday. It had been approved by the local authorities when it was built in 2003 and served as the meeting site for the church for 17 years.

This has been the first-ever case in which a representative of a Three-Self Church sued the government for religion-related disagreements.

Lin has said Xining’s courts have stopped accepting administrative cases. As a result, he submitted the case to the Xining Railway Transportation Court.

However, the court said it could not file the case after conferring with the authorities. The authorities claimed they could not prove Wang Ruiqin was the person in charge of the church.

They could also not verify that religious management officials in Chengxi District had destroyed the church.
Wang believes the government’s actions have constituted a serious violation of religious freedom. On Aug. 1, 2018, she published a letter to Wang Zuo’an, the director of the state religious affairs bureau.

In the letter, she called on the government to adjust China’s religious policy and solve religious freedom infringements. She has received no reply.

As authorities continue to crackdown on Donghu Church, Wang plans to use the law to protect the rights of Christians in her congregation. She has also asked the Three-Self Churches to not shy away from using the Chinese Constitution to defend their rights.

Article 36 of the Constitution says that all people in China enjoy freedom of religious belief, but China has set up five official religions that it strictly monitors. These religions are Taoism, Buddhism, Protestant Christianity, Catholicism, and Islam.

Each official religion has a corresponding government institution that oversees it and often censors religious services. For Protestant Christianity, the institution is the Three-Self Patriotic Movement, under which the Three-Self Churches are governed.

All other religions are illegal. In fact, religious institutions that fail to register with one of China’s official religious organizations are also illegal.

However, as the persecution of Christianity has escalated in recent years, the Three-Self Churches have come under increased scrutiny. In some cases, facial recognition cameras have been installed so that authorities can monitor their activities and easily identify anyone doing anything considered “illegal.” Many churches have been forced to include a second, pro-Communist Party sermon and sing nationalist songs during worship.

Some churches, such as Donghu Church, have been destroyed.