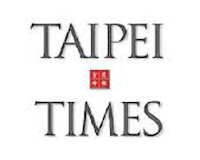 Feb. 17, 2016
FREEDOM FOR SOME: The forum has been overshadowed by the difficulties of some invitees — such as Chinese activist Chen Guangcheng — to secure a visa

The first Asia-Pacific Religious Freedom Forum, which Lu is chairing, is to run from tomorrow through Sunday in Taoyuan’s Yangmei District (楊梅).

The forum is jointly hosted by several groups in the US and Taiwan, including US-based Christian human rights organization China Aid, US-based watchdog Freedom House, the Democratic Pacific Union — a non-governmental organization founded by Lu to promote democracy, peace and prosperity — and the Taiwan Association for China Human Rights.

With the stated aims of promoting religious freedom and facilitating cooperation among world leaders on human rights issues, the forum is to bring together a total of 99 parliamentarians, government representatives and religious leaders from 26 nations.

At a news conference at the legislature yesterday afternoon, Lu expressed her gratitude to the US for choosing Taiwan as the location for the significant forum and regarding the nation, which is home to 28 different religions, as a beacon of religious freedom.

“Religion is often the cause of conflicts or even wars in many countries. The world’s worst nightmare at the moment is terrorism, which in essence revolves around the longstanding conflict between Islam and Christianity,” Lu said.

Lu said many religions in Taiwan have joined together in support of the forum, ranging from Taoism and Christianity, to I-Kuan Tao and the nation’s newest religion, Weixinism, which she said demonstrates harmony and solidarity among the nation’s various religions.

In addition to the forum itself, Lu said participants are also due to jointly present the Taiwan Declaration for Religious Freedom to the world on Friday, pledging that Taiwan would continue to play an active and meaningful role on the international stage, particularly in promoting religious freedom.

However, the upcoming forum has been overshadowed by difficulties by some invitees in securing a visa to Taiwan.

“It is important that attendees from these countries attend and receive our full support to advance democracy and human rights in these countries,” Kness said.

Asked if there are any invitees who would not attend the forum because their visa applications were impeded, Kness named World Uyghur Congress president Rebiya Kadeer, Chinese activist Chen Guangcheng (陳光誠) and Tibetan Government-in-Exile Prime Minister Lobsang Sangay.

Lu said she regretted that the trio were unable to participate in the forum, urging the new legislature to voice their concerns to the government for infringing on their human rights.

“Last week, the Tibet Religious Foundation of His Holiness the Dalai Lama, the de facto representative office of the Tibetan Government-in-Exile in Taiwan, told us that President Ma Ying-jeou’s (馬英九) administration had informed it through an unofficial channel that it would be inconvenient for the government to allow [Sangay] to visit Taiwan,” Lu said.

“We deeply, deeply regret such a decision,” Lu said.

In response, Ministry of Foreign Affairs spokesperson Eleanor Wang (王珮玲) said foreign citizens ineligible for visa-free entry or an electronic visa who are invited to attend an international meeting in Taiwan should apply online for e-visas using an “Ecode” provided by the ministry’s Bureau of Consular Affairs, which is issued upon receipt of an official request by a central government agency.

“After such applications are filed, Taiwanese consulates and embassies in concerned countries will decide whether to approve the application,” Wang said, adding that the Taoyuan City Government forwarded the Ecodes to host organizations on Feb. 4.

Wang said of the 10 attendees who received the Ecodes, four had been granted an e-visa as of yesterday.

One of them abandoned his application, because the information he provided was inaccurate, while five attendees have yet to fill out their application online, Wang said.