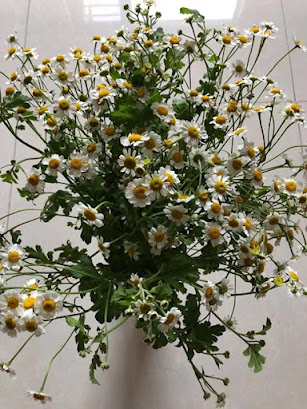 They all were handcuffed and transported to the detention room. All seven Christians refused to sign the pledge, “No Longer Attend Zion Church”. Originally, police intended to give them 15-day administrative detentions and a fine of 500 yuan, but the administrative
detention cannot be enforced due to the pandemic. Instead, each of the seven Christians
was given a fine of 500 yuan. Authorities confiscated their cell phones and released
them one at a time from midnight to 5 AM.

On April 3, Taiyuan Zion Reformed Church worshiped at a room in Home Inn located on South Ring Street N, Taiyuan City, which the church had rented. This was also their first Holy Communion in the past four months since the previous raid and the arrest of An Yankui and Zhang Chenghao in November.

On April 3, Taiyuan health officials found four confirmed cases of Omicron, so they locked down surrounding neighborhoods. When Zion Reformed finished its service, they received lockdown updates from Xiaodian District, across the street from them had positive cases. As they tried to leave, a police officer from Yingze Police Station suddenly broke in, claiming that all Christians who were presently needed to show their health code and journey code to prevent the spread of COVID in Xiaodian District. National
security officers arrived soon thereafter.

Christians thought that they could go home after their codes were checked. However, police prohibited them from leaving the hotel because of COVID tests. 21 adults and seven children tested negative, but they were not allowed to leave.

Around 8 PM, over 20 police officers suddenly came to the hotel and demanded that seven Christians, including Yao Congya, Guo Juan, Wang Yingjie, and others, should be taken to the branch of Yingze District Bureau of Public Security.

In the interrogation center of Yingze District Bureau of Public Security, police required that the seven Christians take off all clothes for examination and put on a prisoner uniform. Police recorded their biological data like blood, urine, voice, appearance, and fingerprints. Afterward, they asked everyone to reveal their cell phone passwords, but they all refused.

Wang Yingjie was the first one brought to the interrogation room.  He refused to answer any questions except his name, ID, hometown address, his spouse, and his hobby of drawing. Finally, the police let him approve the interrogation transcript. Wang Yingjie found that police put “Agreed, okay” in a section on his behalf, so he corrected the officers immediately. Initially, one officer was very ferocious, attempting to intimidate Wang Yingjie.  Wang said, “Sir, I respect your occupation and status, I would like to apologize to you in front of the Lord Jesus Christ if I offended you just now. Please forgive me.” The police officer looked nicer right away. The other police officer standing by joked, saying, “You look like a foreigner although being born in China.”

Around 3:30 AM, police required each of the seven Christians to sign their Notice of Administrative Detention Penalty Decision. The penalty decision states that they had illegal gatherings after Zion Church was shut down last year. Therefore, they should be administratively detained for 15 days and fined 50 yuan. Administrative detention would be held off due to COVID. Police said that each of them could get their cell phone back and leave after paying the fine of 500 yuan.

However, the group believed that they were not guilty to have faith and refused to sign the penalty decision. Rather, they asked for administrative reconsideration. Police said it was okay not to sign the document, but they must pay the fine of 500 yuan to get their cell phones back. The Christians refused to pay, so the police kept their cell phones and released them.

Thank the Lord for letting us fight for our faith. Compared with saints martyred for the truth, our hardship is tiny. We have no idea how they will treat us in the future. May the Lord have mercy on this small church, and may the Lord use His children! Brothers and sisters, please pray for us!

An anonymous ChinaAid source reported that authorities confiscated the cell phones of the Christians left at the hotel. Everyone was handed an envelope with their name to store their cellphones. Police handed each person a pledge to not attend any events organized by Zion Reformed and asked each person to sign it. Liu Baofu refused to sign it. Other Christians put the pledge on the table, refusing to sign it. One female official searched a bag belonging to a young man and saw a Bible, but she pretended not to see
anything. She asked the owner of the bag if they could tutor her fifth-grade son.

On April 4 at 4:45 AM, Yao Congya, the wife of imprisoned Minister An Yankui, posted on independent media after being released from the Bureau of Public Security, thanking everyone:

Thank the Lord, thank you each for your intercession, we are home already! Thank the Lord for protecting His people and granting peace and joy. Thank the Lord, all seven brothers and sisters were released. Regardless of lockdown, nothing can hurdle love and encouragement. God’s smiling face has watched over us.