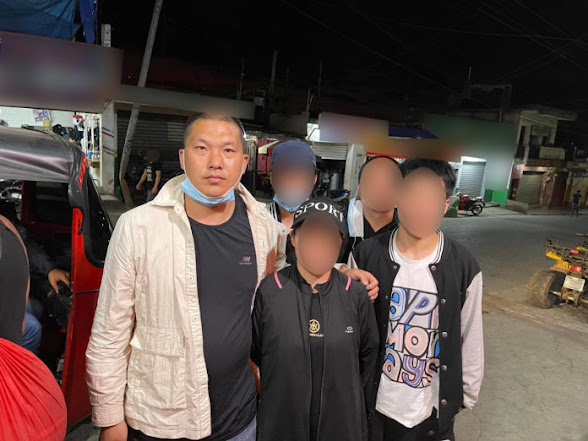 TCNN: A persecuted Chinese Christian family arrived in the US after fleeing China

On April 12, a ChinaAid representative picked up Dong Zhao and his Christian family from the US-Mexico border. Dong’s family fled China on September 26, 2021, and traveled through eleven countries before they arrived in the U.S. He said: “We had a narrow escape from huge waves of the ocean. We walked through primary forests. We canoed on rivers full of alligators. We saw the bodies of many dead immigrants. In several countries, police officers asked us for bribes. In Mexico, all our possessions were stolen. Until we were temporarily resettled by the United States Citizenship and Immigration Services on April 9, 2022, we have spent a total of 195 days on the road and traveled a total of 30,402 kilometers (~18,890 miles).”

Dong Zhao’s father is a preacher from a remote village in Xinyang city, Henan province. He became a Christian at an early age. He said: “One day in November 2014, I was leading a Bible study group in my home and suddenly Xinyang Shihe District Police rushed into my home and interrupted us. I was beaten up by several police officers, and the violence lasted for more than ten minutes. In December 2014, I shared the Gospel on the street during Christmas, but more than ten police officers took me to the police station by force. After interrogation, they began to torture me. They pointed a very bright torchlight toward my eyes. They did not allow me to sleep. They warned me not to believe in Jesus Christ anymore. They threatened they will beat me up or imprison me if they see me share the Gospel again. I was not released until seven days later.”

Later Dong and his family fled to Zhongmu County of Zhengzhou City. They started a small breakfast business. Although they kept a very low profile, police officers would not leave them alone. They monitored them and even harassed them face to face several times. During a Sunday service in September 2020, officers from Dongfeng Road Police Station broke into the venue and beat him. They forced him to the ground and stabbed his right thumb with a knife. Later he had several stitches on his thumb. After that, police officers stood in front of his store and prohibited anyone from entering. They even closed his store’s entrance and exit with barbed wire so his family could not leave. They also banned the family’s WeChat accounts and other messaging accounts. His children could not go to school. His family had no income. The Chinese government tried every means to force them to forsake their Christian belief.

In August 2021, Dong was detained for seven days for bringing his family to attend a Church service. They stepped on his face to force him to sign a declaration to forsake his Christian belief. He resisted with his life. They threatened that even if he does not sign the declaration, they will kill his family if they catch him attending any religious gathering. His family had a thorough discussion and decided to flee the country. They sold their breakfast store for a low price and borrowed some money. On September 26, 2021, they boarded a flight and left China.

They first arrived in Serbia, and then came to South America. Altogether, they passed through 11 countries. They had to pay smugglers for help. They walked through primary forests, climbed high mountains, and canoed rivers. They saw the bodies of many dead immigrants. They were robbed several times at gunpoint. In several countries, police officers asked them for bribes. When police officers stopped them at a checkpoint in Mexico, they were asked to take off all their clothes. All their possessions were confiscated, including some cash in his children’s underwear. “We thought some of our family members would be killed. Thank God for His protection. We are all alive.” On April 9, they applied for political asylum at the US-Mexico border.

“It was the first time I have seen Chinese refugees without any personal belongings. They were not able to wash for days,” said ChinaAid representative Susan. According to geolocation data provided by the United States Citizenship and Immigration Services, she and her colleague drove to the Texas-Mexico border to find Dong’s family. They were shocked when they met with Dong’s family. They had nothing except the clothes they were wearing. On the way back, they were speechless after hearing about their escape journey. She emphasized that ChinaAid had verified Dong’s family’s background and made sure they are real refugees before initiating the rescue operation.

According to Susan, Dong’s family has been accommodated by a church in Dallas. Several immigration lawyers have started legal support. At this point, the most important things are prayers for his family and having some Chinese-speaking Christians to spend time with his family. He told the media that he will expose the Chinese government’s religious persecution because there are still millions of Christians whose lives and safety are being threatened.