AP: Teen with ties to United States again on the run from China with fiancée

KYIV, Ukraine (AP) — A teenager who says he’s a U.S. permanent resident and his fiancée are once again on the run from the threat of extradition to their homeland, China, in a sign of Beijing’s lengthening reach over perceived dissidents abroad.

Chinese officials had sought Wang Jingyu, a 19-year-old student, over his online comments about deadly border clashes between Chinese and Indian forces last year. He was arrested by plainclothes police in Dubai while transferring for a flight to the U.S. in early April and was held for weeks, in a case that the U.S. Department of State has described as a human rights concern. He said Chinese authorities in Dubai took away his green card. 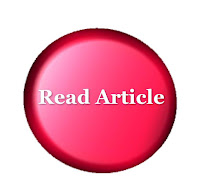 ChinaAid calls upon the governments of the Netherlands and the United States to take immediate actions to ensure the personal safety of Mr. Wang and Ms. Wu, and protect them from being further harm—by granting their asylum’s request, according to international norms and domestic asylum laws.