Tenzin Delek Rinpoche, of Tibetan descent, was detained on April 7, 2002, by the Yajiang County Public Security Bureau, and falsely charged as the “mastermind” behind a bombing in Tianfu Square in Chengdu, the provincial capital China’s southwestern Sichuan province.

Delek was also charged with “suspicion of inciting separatism” and “illegal possession of firearms.”

Delek served 13 years of his sentence, during which his health rapidly deteriorated. Sadly, Delek passed away in prison in Chengdu, Sichuan, on July 12, 2015. His cause of death is currently unknown.

In 2009, more than 40,000 Tibetans signed and finger-printed a petition calling on the central government to retry Delek’s case. 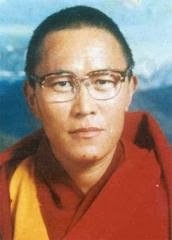