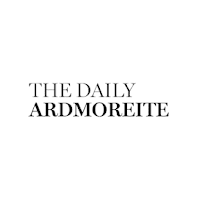 
Senator James Lankford (R-OK) has offered a Trade Promotion Authority amendment (#1237) that promotes international religious freedom among potential trading partners of the United States. Specifically, the amendment would add a provision to the overall negotiating objectives outlined in TPA, requiring the Administration to take religious freedom into account whenever negotiating trade agreements. Today at approximately 5:30 p.m., the Senate will vote on the amendment, which is subject to a 60 vote threshold.

Lankford believes that trade is a leverage point that can be used to ensure that the religious freedom conditions of a particular country are taken into account during negotiations.

In its 2015 annual report, the U.S. Commission on International Religious Freedom recommended that the State Department redesignate China as a Country of Particular Concern, and urged the same designation for Vietnam, because these are countries where severe violations of religious freedom are perpetuated or tolerated by their respective communist regimes.

According to the report, in China, religious minorities continue to face arrests, imprisonment and the closure of places of worship. In Vietnam, at least 100-200 prisoners of conscience are detained for religious activity or advocacy of religious freedom. Vietnam is currently 1 of 11 other countries the U.S. is negotiating a Pacific trade agreement with.

During his Maiden Speech last week, Lankford said, “Our freedom is foreign to most of the world and it’s a threat to them. Not because the United States is an aggressor nation, far from it. But because the liberty we export is so powerful, they know it could depose their dictatorships and weaken their control.”