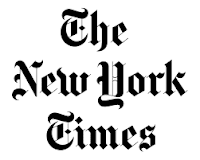 In a report it issued last week about the widespread abuse of detainees in China’s criminal justice system, Human Rights Watch interviewed dozens of people who claimed to have been mistreated and tortured while in police custody. Nearly all of them were given anonymity so they could speak to investigators without fear of retribution from the Chinese authorities.

But one witness in the report stood out: Stuart Foster, an American sociology professor who spent nearly eight months in a southern Chinese detention center after he was arrested on theft charges in 2013.

The testimony provided by Mr. Foster was notable, not only because he allowed his name to be used, but also because he is one of the few foreigners to have witnessed conditions inside China’s pretrial detention centers, a shadowy world characterized by filth, hunger, violence and forced labor. He and his fellow inmates at the Baiyun Detention Center in Guangzhou, he said, spent their waking hours assembling Christmas lights for export.

In an interview last week, Mr. Foster said he wanted the world to know about the mistreatment that ordinary Chinese endure after they are arrested by the police but before they are formally charged or tried in court. Mr. Foster, who later confessed to stealing money from an American colleague at Guangdong University of Foreign Studies, said he shared a bare concrete cell with upward of 30 people. There were no beds, let alone bedding, and each cell was run by sadistic inmates, anointed by the guards, who terrorized detainees with frequent beatings.

“It was a living nightmare,” said Mr. Foster, 50, speaking from his home in South Carolina, where he is writing a book about his experience. After his conviction for theft, he was sentenced to time served and deported. “I’m amazed such a world exists, but I’m equally amazed they allowed me to witness it.”

In China, most foreigners accused of crimes are kept in segregated facilities where the conditions, while unpleasant, are far better than those that hold Chinese citizens. Mr. Foster says he is unsure why he was placed in the B Cell Block at Baiyun, home to about 5,000 inmates who had been arrested on a variety of charges, including shoplifting, illicit drug use and fraud.

Some of his fellow inmates, he said, insisted they had no idea why they had been arrested. “From Day 1, you were forced to work, no matter what your crime was or whether or not you were innocent,” Mr. Foster said. None of the inmates, he added, were paid for their toil.

At Baiyun Detention Center, the guards handed over day-to-day control to the hardened men Mr. Foster described as “the regime,” inmates who were in charge of setting quotas for Christmas light assembly — and for enforcing their own whims through random and gratuitous brutality. Those who were slow putting together the twinkling icicles ubiquitous in American suburbia, he said, would be kicked, karate chopped and occasionally whipped with the braided strands of wires.

Other times, the violence was prompted for flubbing the recitation of prison rules, for complaining about abuse to guards or for no discernible reason. “A few times I was kicked, only because I was kneeling down and facing the wall with everyone else, and because my head was shaved, they couldn’t see that I was a foreigner,” Mr. Foster said. “When they saw who I was, they would immediately apologize.”

Mr. Foster recalled inmates disappearing into solitary confinement or chained to the floor for days without food or access to the toilet. “You could hear them screaming,” he said.

During their months in detention, inmates were denied access to visitors, even their own lawyers.

Mr. Foster’s description of life inside Baiyun dovetails with the accounts of other detainees who were interviewed by Human Rights Watch. The abuse continues despite a number of recent regulations that seek to address problems in China’s pretrial detention centers, which are run by the Ministry of Public Security.

In 2009, the ministry introduced measures that include surveillance cameras in detainees’ living quarters, alarm bells in cells that can alert guards to abuse and an explicit ban on the use of so-called cell bosses to manage inmates. The new rules were put in place after a farmer in Yunnan Province was fatally beaten in custody. Officials initially said the man had died during a game of hide-and-seek, a claim that met with widespread public skepticism.

Since 2011, according to the state news media, independent “special supervisors” have been making surprise visits to 70 percent of the nation’s pretrial detention centers in an effort to reduce the mistreatment of detainees.

Mr. Foster and other recent detainees, however, say they saw little evidence of such changes.

“We might see a guard come by once or twice a day,” Mr. Foster said, “but sometimes you wouldn’t see them for four or five days.”