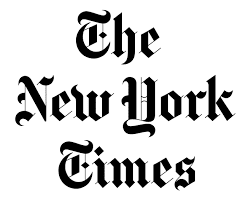 Updated, 2:17 a.m. ET| Hong Kong immigration officials barred an exiled dissident from entering the territory on Thursday after he publicly pleaded to be allowed to return to China to see his critically ill mother.

“I’ve arrived at the border of the free world,” Xiong Yan, 50, now an American citizen and United States Army chaplain, wrote in a text message from the Hong Kong International Airport early Friday, after he was stopped by officials for questioning. He said he had hoped to enter the Chinese mainland from Hong Kong, but was denied entry to the semiautonomous territory and would be boarding a flight back to Seattle.

In the past, Hong Kong, a former British colony that maintains its own customs and immigration system, has tolerated visits by some critics of the Chinese government. American citizens generally do not require a visa to enter Hong Kong.

Major Xiong’s attempt to enter China on Thursday came days after his public petition to the Chinese government to let him travel to Hunan Province to see his mother.

He said he has repeatedly been denied a visa to return to China and has not received a reply to his latest application.

In the summer of 1989, Major Xiong, then a law student at Peking University, became one of China’s most wanted people for his role as a student leader in democracy protests in Beijing. He fled China via Hong Kong in 1992 and settled in the United States.

In 2009, Hong Kong’s immigration authorities allowed him to return to Hong Kong to participate in a vigil for those killed in the military crackdown on the 1989 protests.

On Friday, Major Xiong said he was not given an explanation as to why he was not allowed to enter Hong Kong. Hong Kong’s Immigration Department said it would not “comment on individual cases.”

Lee Cheuk-yan, secretary of the Hong Kong Alliance in Support of Patriotic Democratic Movements in China, an advocacy group that invited Major Xiong to Hong Kong in 2009, said he regretted the decision to bar him from entering the territory.

“It shows that the blacklist of the Communist Party in Hong Kong is expanding,” Mr. Lee said.