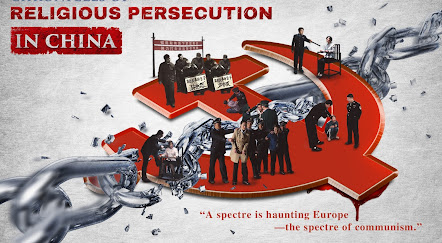 (Washington, D.C.—Nov. 9, 2020) The U.S. State Department announced the launch of China’s Disregard for Human Rights, a website reporting the Chinese Communist Party’s (CCP’s) abuses of human rights. As the People’s Republic of China (PRC) inimically and openly persecutes those who profess religious faiths, including Uyghur Muslims, Tibetan Buddhists, Christians, and Falun Gong practitioners, it ranks as one of the world’s worst abusers of religious freedom. According to The Epoch Times, the new website highlights the CCP’s human rights crimes throughout China with most recent abuses noted in Xinjiang, Tibet, and Hong Kong.
Religious Freedom Abuses:

… The PRC has adopted a five-year plan to bring all religious doctrine and practice in line with Communist Party doctrine. This effort calls for rewriting holy texts, forbidding youth from participating in religious activities, and implementation of mass detention camps that indoctrinate detainees in CCP ideology and force renunciation of faith. Leaked PRC government documents show use of “religion-related reasons” such as men wearing beards, women wearing veils, and families having too many children as justification to detain Uyghur Muslims and impose further ideological control on the Chinese population.
The CCP also insists it has the authority to select Tibetan Buddhist lamas, including the next Dalai Lama, and considers house churches and Falun Gong adherents and their practices to be “illegal” if they refuse to join CCP-led organizations or renounce important elements of their beliefs. Authorities routinely shutter or demolish houses of worship and offer cash rewards to those who inform on religious adherents. Individuals found violating the laws and regulations controlling religion are harassed, surveilled, interrogated, arrested, beaten, sentenced to prison, detained, or disappeared.*

Sheng Xue, a Chinese Canadian writer, reported that even though China’s spokesperson of the Ministry of Foreign Affairs has tried to defend the CCP, facts confirm China’s ongoing religious and human rights abuses. The CCP has not only destroyed numerous churches and temples, it has also arrested, imprisoned, and enforced the disappearances of a myriad of human rights activists and religious believers. Ms. Sheng stresses, that no lies, including those from a spokesperson, can erase the truth that China routinely abuses basic human rights.

China’s Disregard for Human Rights demonstrates that the US stands with those deprived of their basic rights.