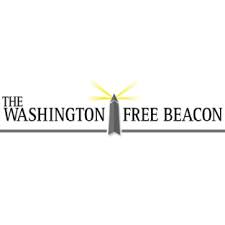 Authorities demolish crosses and churches, detain leaders and their congregations
Christians and followers of other religions in China suffered the worst abuses in a decade last year as part of a state-sponsored crackdown on dissent, according to a Christian human rights group.

The organization China Aid said the persecution of religious practitioners and human rights advocates in China increased by more than 150 percent last year.

According to its annual report released on Tuesday, 17,884 individuals were persecuted for their religious beliefs. Authorities detained nearly 3,000 dissidents and sentenced 1,274 people, compared to just 12 in 2013.

President Xi Jinping of China, widely viewed as the Chinese Communist Party’s (CCP) most authoritarian leader since Mao Zedong, has instituted a broad campaign to suppress all forms of dissent. China Aid said Christians are increasingly the target of this repression, as well as Tibetan Buddhists, Uyghur Muslims, and practitioners of the Falun Gong religion.

The report estimates that there are about 70 million Christians in China split between underground house churches and state-sanctioned churches in the “Three-Self Patriotic Movement” (TSPM). And the number of followers is expected to increase. One professor at Purdue University estimates that China could become the largest Christian nation in the world by 2030.

The CCP considers the rising popularity of Christianity as a threat to its dominance, China Aid said, and has used aggressive measures to intimidate members.

“The Chinese government’s persecution campaign included forced demolition of churches and crosses, the detention and imprisonment of pastors and church members on criminal charges, forcing churches into bankruptcy by confiscating church property and imposing fines, and manipulating state-run media to label house churches as ‘cult’ organizations,” the report said.

A local police force—including 600 SWAT officers and government agents—demolished the cross last year at Salvation Church, a Christian house church in the eastern coastal city of Wenzhou. The officers attacked 14 church members on July 21 and seriously injured five, according to the report.

Zhang Shaojie, former pastor at the Nanle County Christian Church in central China, was sentenced to 12 years in jail and fined after being convicted of “gathering a crowd to disrupt public order” and “fraud.” Zhang mobilized his congregation to petition the government in Beijing after local authorities seized property that the church had set aside for a new building. Local officials responded by detaining some church members and barring their travel to Beijing. The Nanle church of more than 1,000 members shut down.

The CCP has also tried to subvert the Christian movement from within through a process of “sinicization” or the promotion of “Christianity with Chinese characteristics.”

The TSPM, along with state religious agencies, has instructed members to attend seminars on sinicization and adopt Chinese cultural traditions into their worship practices. Church leaders are sent to “patriotic education sites” to instill loyalty to the Party.

“The sinicization of Christianity amounts to de-Christianizing the church in China and eradicating the universal nature of Christianity under the appearance of constructing a ‘Christianity with Chinese characteristics,’ and, in the name of prioritizing the interests of the Communist Party, usurping Christian doctrine that ‘Christ is the head of Church,’” the report said.

Human rights lawyers in China have had some success in pushing back against the persecution of Christians. More than 100 Christians have been freed with their assistance or released on probation and are awaiting trial.