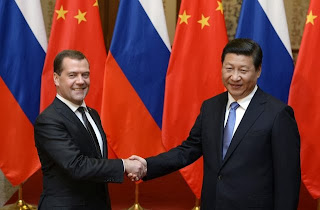 (Oct. 30, 2013) The Washington Times reported yesterday that while Chinese president Xi Jinping has set out to rid the Chinese Communist Party of corruption, activists are being punished for attempting the same goal. The story can be read below:

Chinese President Xi Jinping promised to tackle corruption in the country’s vast communist power structure, yet in his seven months in power, Chinese authorities have cracked down on activists who fight for honest government.

More than 150 activists are estimated to have been arrested since the summer, crushing hopes that Mr. Xi would root out corruption.

“It seems with every new emperor there is hope for a new China dream, but it has turned into a China nightmare,” said Bob Fu, president of the China Aid Association, based in Midland, Texas.

On Tuesday, the wife and daughter of Yang Maodong, a prominent human rights and anti-corruption activist better known by his pen name, Guo Feixiong, told members of Congress that Chinese officials have prevented them from contacting him since his arrest Aug. 8, and they worry that he is being tortured in custody.

“Because he was tortured the last time he was arrested, this time the authorities have repeatedly denied legal representatives and family access to him, so we have every reason to believe he has been tortured severely or has engaged in a hunger strike,” said Zhang Qing, Mr. Guo’s wife.

“Torture is endemic in custody in China and the fact that his lawyers have had so much trouble getting to see him, we are extremely worried about his whereabouts and well-being,” said Sophie Richardson, China director at Human Rights Watch.

China’s new leadership made clear in the spring that it would not tolerate any public gatherings of the kind organized by the New Citizens’ Movement, a grass-roots campaign for greater government transparency and an end to corruption.

Chinese authorities have arrested at least 18 people affiliated with the New Citizens’ Movement, according to Human Rights Watch.

A Chinese Embassy spokesman in Washington did not respond to a request for comment.

Mr. Guo was arrested Aug. 8 in the southern Chinese city of Guangzhou on the charge of disrupting order in a public space. His association with the New Citizens’ Movement is seen as the likely reason for his arrest.

“Guo’s detention appears to be reprisal for his support of government transparency and calls for accountability,” Mr. Smith said. “We are not only calling on Beijing to release this brave and heroic individual , we are also calling on the Obama administration to raise his case individually.”

Even before he assumed the presidency, Mr. Xi, who is also general secretary of China’s Communist Party central committee, pledged to go after “tigers” and “flies” — a reference to powerful leaders and lowly bureaucrats.

“Xi Jinping goes out in public and calls for a crackdown on corruption, and he gets to run the country, while [anti-corruption activist] Liu Ping does that and she gets prosecuted. The hypocrisy is astonishing,” Ms. Richardson said.

Ms. Liu — along with fellow activists Wei Zhongping and Li Sihua — was put on trial on Monday in China’s eastern Jiangxi province on the charge of illegal assembly.

Some analysts are skeptical about how far Mr. Xi’s anti-corruption campaign will go.

“In a sense, corruption is the glue holding together the system. Providing the ability to accumulate illicit wealth is one way for the [Communist] Party to secure loyalty from its members,” said Edward Schwarck of the Royal United Services Institute for Defense and Security Studies in London.

“That is why Xi’s campaign can only go so far before it begins to threaten the foundations of party rule. The New Citizens’ Movement has shone a light on the hypocrisy behind the anti-corruption campaign and is now being targeted as a consequence.”

“He preferred to stay in China because he felt China needs him more than the U.S.,” Mr. Fu told The Washington Times.

Mr. Fu last spoke with Mr. Guo in July and said the activist had no inkling of his impending arrest.

“He sensed there was a major crackdown, but felt he was safe because he was doing everything as per the law,” Mr. Fu said.

Mrs. Zhang called on the Obama administration and Congress to press China to release Mr. Guo and other prisoners of conscience. She also asked that officials at the U.S. Embassy in Beijing and U.S. Consulate in Guangzhou visit Mr. Guo to ascertain his well-being.

Mrs. Zhang described her husband as an idealist who has been on the front lines of the struggle for democracy and freedom in China.

“That’s why he was singled out to be persecuted this way and he deserves our attention from the outside world,” she said.