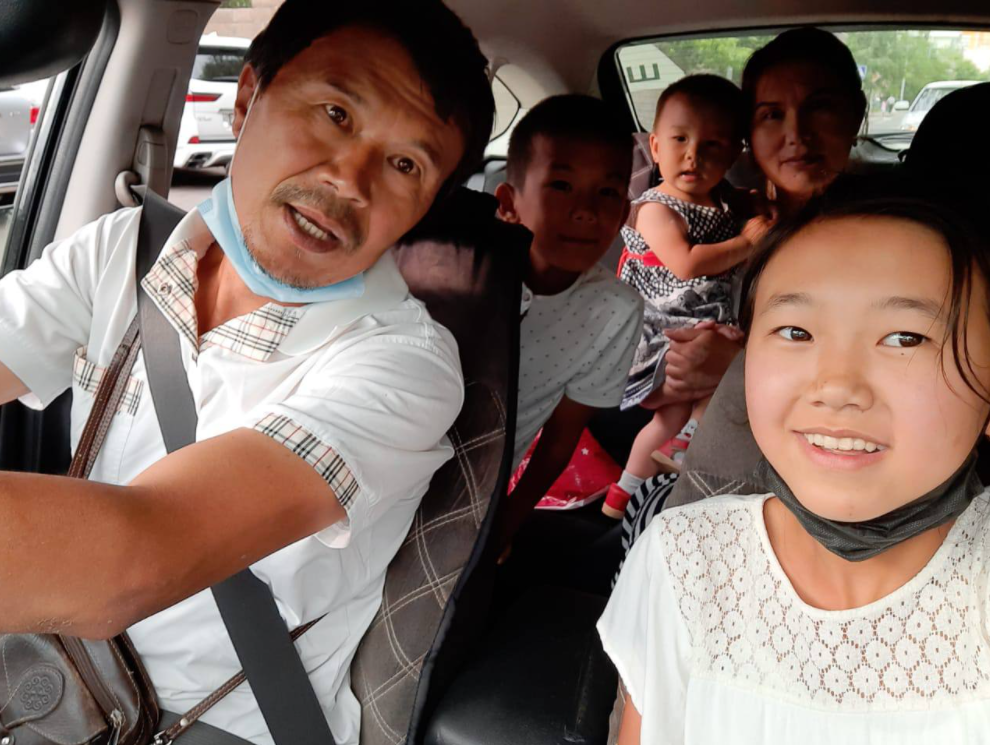 The Xinjiang model repeated in Kazakhstan

On the morning of January 12, two men introduced
themselves to Kapar Akhat as police, but they did not give any identification
or wear police uniforms. They invited him to the “police Bureau” to
talk. Kapar Akhat immediately announced his situation on a Facebook livestream.
After learning about the situation, Serikzhan Bilash, leader of the Kazakh
human rights group Atajurt, called Akhat from America. Bilash warned him on
the phone not to go anywhere with undocumented or unidentified people, even if they
call themselves police officers or national security agents.

“You can only be arrested if you have a lawful,
stamped arrest warrant from a police Bureau, otherwise you should claim your
rights,” Serikzhan told Akhat over the phone.

Shortly afterward, the men brought a so-called
“temporary arrest” document, the name of which was not clear. The two
men signed Akhat’s name on the document in front of him, then took him away.

Kapar Akhat’s wife, Kozha Sairangul, immediately heard of the
incident and spent the day visiting all police stations and detention centers
in Nur-Sultan, searching for her husband. All of these institutions said that
the database did not contain information about her husband’s arrest, or they denied
that he was taken into custody.

At night, Akhat called his wife and told her that
“the trial took place at 7:00 PM, and the court decided to detain me for
10 days.”

His official crime was “calling for a peaceful
picketing on social media.”

The number, frequency, and density of surveillance cameras in
Kazakhstan are comparable to Xinjiang. These cameras are all imported from China
by major Chinese technology companies, such as Huawei and Hikvision. Previously
sanctioned by other Western countries, both of these companies dominate the
national telecommunications industry in Kazakhstan.

The rotten authoritarian system began to make money illegally
after the failed demonstrations last week. They monitored and inspected their
cameras to arrest, intimidate, and extort any citizen whose image was captured.
Some escaped arrest with large bribes to the police or the National Security
Service. Authorities arrested them on various pretexts, such as their activism or
opposing political views.