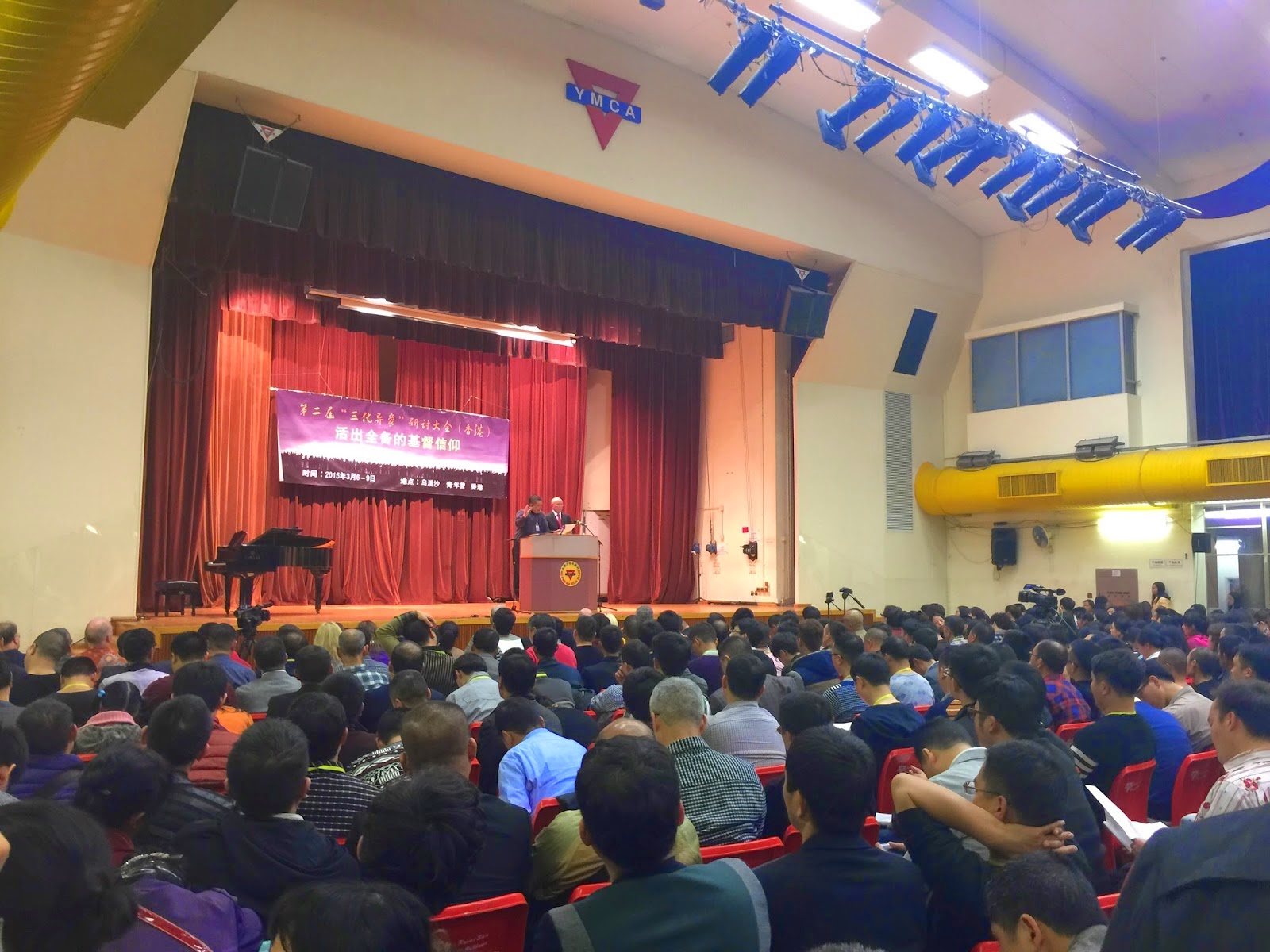 By Rachel Ritchie
(Hong Kong–March 10, 2015) Yesterday marked the final day of the “Three-fold Visions” Training Conference, which more than 2,000 Christians from Hong Kong, mainland China and Taiwan attended; however, police barred 100 or more individuals from attending the conference.

The conference, which began on Friday and featured well-known pastors, lawyers, professors, authors and scholars, focused on three key aspects: evangelism among the Chinese people, the unified movement toward God by the Chinese Church, and the alignment of the Chinese culture to Christian values.

“When I came to the conference and found so many people in attendance, I realized there are many worshippers in China,” an American missionary said. “Each time there has been a conference in Hong Kong or South Korea, Christians from various places come.That shows me there is a lot of hope [for the future of Christianity] in China.”

“Chinese pastors from various regions attended the training conference,” Pastor Zhan Gang, the vice president of the Chinese House Church Alliance, said. “As a house church pastor in China, I’m very pleased with the attendance. We were sorry to see that some Chinese pastors were unable to attend.”

“Pastor Liu Fenggang from a Beijing house church was barred by customs and unable to enter Hong Kong. He is one of the seminar’s Chinese promoters,” Liu said by way of example.

On Thursday, Liu told China Aid that public security bureau employees have visited his home since he tried to obtain a Hong Kong/Macau pass. “The domestic security protection squad (DSPS) told my wife that they won’t allow me to go to Hong Kong. They also said there is no use for me to go as I could never pass through customs. This morning, the local police station called me and told me not to make trouble.”

Liu also said that police stopped Li Jinping, a fellow pastor, at a Beijing train station. “He called me and said he was intercepted by several police officers. The police said someone told them Li planned to travel to the conference in Hong Kong so they took him away. They also told him that they intercepted 50-60 people in Luohu Port [in Shenzhen].”

A house church pastor from Mingguang, Anhui, was also denied a Hong Kong/Macau pass. “Pastor Lu Jingxiang wanted to go to the conference, but the public security bureau wouldn’t process a pass for him. He applied for the pass in February with the local police, who told him he should go see the Mingguang Public Security Bureau,” Lu’s wife said.

“‘Other people can apply for a pass, but you can’t,’ they told him,” Lu’s wife said. They said they couldn’t tell him why they wouldn’t process the application. He said ‘We believe in Jesus, which is not a violation of the law.’”

Another Anhui house church pastor was placed under house arrest after the local public security bureau learned of his intent to attend the conference in Hong Kong. “People from the Ma’anshan United Front Work Department and the Ma’anshan Religious Affairs Bureau have been watching over me at my house since February 28,” Pastor Yan Jinwei said.

Yan experienced similar trouble in November 2014, when he tried to attend training sessions for pastors in Hong Kong. Local DSPS agents ordered him to cancel his trip to Hong Kong; however, Yan refused to cancel the trip and successfully attended the event.

Training conferences such as this encourage leaders in China to know and practice their right to religious freedom and deepen their understanding of Christian worldview.