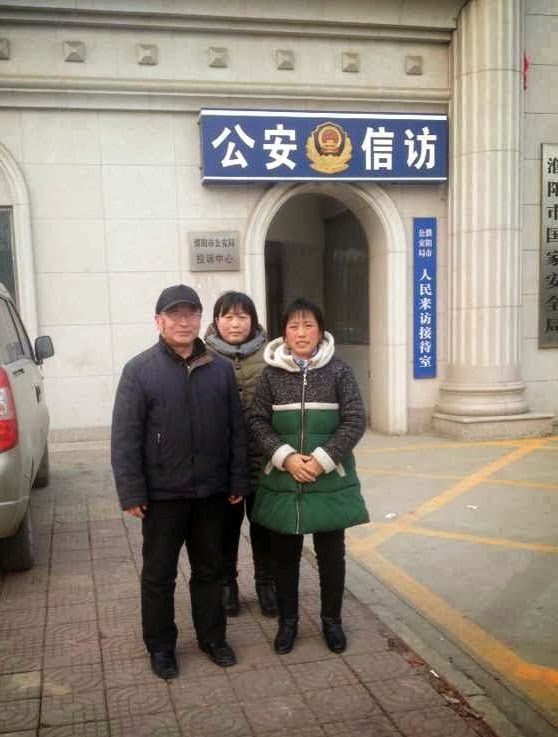 (Nanle County, Henan—Feb. 20, 2014) Three Christians from the centrally-located Henan province have been confirmed as missing since the black jail they were previously held in was closed on Sunday; their family members tried unsuccessfully to obtain help from local authorities yesterday.

ChinaAid previously reported that the illegal detention center was found vacant on Sunday after believers had called local authorities to report their suspicions (https://chinaaid.org/2014/02/black-jail-exposed-in-nanle-county.html).

Of the nine remaining believers in detention, six have been placed under criminal detention. Those include Nanle County Christian Church Pastor Zhang Shaojie, Fan Ruiling, who is disabled, and Zhang Cuijuan, who are all being held at the Puyang Municipal Detention Center. The other three under criminal detention are being held at the Nanle County Detention center and include Zhao Junling, Zhao Zhijun and Yan Beibei.

The remaining three Christians are those who were held in the black jail: Li Cairen, Wu Guishan and Zhao Guoli (https://chinaaid.org/2014/01/exclusive-identity-of-12-detained-nanle.html). Since the black jail shut down, the three were moved during the night to an unknown location.

Family members of some of the detained reported the disappearances to the Puyang Public Security Bureau, but officials there refused to acknowledge Li, Wu and Zhao Guoli as missing.

“My father and I went to the Public Security Bureau to report a case of disappearance. There person there told us to report the case at the county police station,” Li Bianling, Zhao Guoli’s wife, said.

Li Bianling said that on Tuesday, a man and woman from the Nanle County government had been by to visit her at the orphanage she and her husband run. “He said if some people come talk to me, I should not listen to them. He also said ‘You must cooperate with us.’ I said ‘You don’t cooperate with me; don’t expect me to cooperate with you. You tell me where Guoli is detained, and as long as you let me see him, I’ll cooperate with you.’ He said he can’t control that.”

The people also told Li Bianling that whoever has committed a crime will be arrested. “I asked him what crime Guoli had committed, and he didn’t say anything. I said ‘You are detaining him illegally.’”

“They transferred Zhao Guoli, Li Cairen and Wu Guishan. We don’t know their whereabouts, and we worry about their safety and health,” Li Bianling said.

Liu Weiguo, Zhang Shaojie’s lawyer, denounced the actions of the relevant authorities of Nanle: “We have seen that at least three people are still being illegally detained. Now, at a time when the state has unequivocal regulations on the illegality of sites like this, Nanle County authorities dare to trample on the entire legal system.”

Family members of Christians detained in black illegal jail go to the Public Security Bureau to ask for their loved ones.