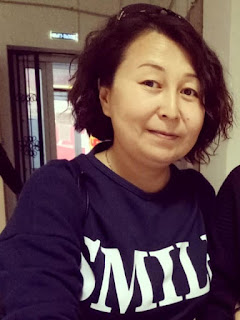 Three sent to ‘re-education camp’ for contacting a Kazakh

(Karamay, Xinjiang—Aug. 1, 2018) Xinjiang authorities placed three Muslims from Kazakhstan in a “re-education camp” nearly two weeks ago, after the spouse of one of the prisoners urged Kazakhstan’s Ministry of Foreign Affairs and the Chinese Embassy to help them re-obtain their confiscated passports.

46 year-old Sane Mashhti, a Chinese-born Kazakh, told ChinaAid that authorities had imprisoned his wife, Aida Coulee Abdullah, his brother, Duan Mashti, and his friend, Muhtar Mulati. The trio had been visiting Xinjiang when their passports were confiscated. However, Abdullah learned that the passports were given to the Department of Foreign Affairs, which said, “You have been to Kazakhstan many times and should study at a re-education camp.”

As part of a harsh crackdown, “re-education camps” have been spreading rapidly throughout Xinjiang, incarcerating wrongly-accused Muslims and ethnic minorities and subjecting them to brainwashing and torture, which has left several suffering mental breakdowns. Often, the prisoner’s supposed crimes constitute as little as planning to visit relatives in Kazakhstan or asking whether or not a dish is halal.

Intimidated, Abdullah returned to where she was staying, and her husband asked Kazakhstan’s Ministry of Foreign Affairs and Chinese Embassy for assistance in June.

Since July 20, Mashhti has had difficulty contacting Abdullah, even though they had been in touch previously. After multiple inquiries, he learned that all three had been sent to a “re-education camp” on charges related to staying in contact with a Kazakh via a phone.

ChinaAid exposes abuses, such as those suffered by Mashhti’s family, in order to stand in solidarity with the persecuted and promote religious freedom, human rights, and rule of law.