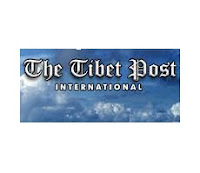 ■ Brussels — As the world observes Human Rights Day on December 10, the members of the European Parliament expressed strong concerns over the deteriorating human rights situation in Tibet and urged China to resume dialogue with representatives of His Holiness the Dalai Lama.
International Human Rights Day is observed every year on December 10, to commemorate the day on which the United Nations General Assembly adopted the Universal Declaration of Human Rights.

“As the world celebrates Human Rights Day today, we, Members of the European Parliament, would like to express our concern regarding the deteriorating situation of human rights in Tibet,” MEPs said in a statement marking the special day.

“Today, the oppressive crackdown on freedom of religion by the Chinese authorities and the shrinking environment for practicing Buddhism in Tibet are particularly alarming,” the statement said.

The MEPs stressed that “China’s criminal law is being abused to persecute Tibetans and Buddhists, whose religious activities are equated with ‘separatism’, and the Chinese government has adopted a more pervasive approach to ‘patriotic education’, including measures to micromanage Tibetan Buddhist monastic affairs.”

The condemnation by the EU came a few days after two separate delegations from the United States Congress and the German Federal Government’s Commissioner for Human Rights Policy and Humanitarian Aid visited the Tibet Autonomous Region.

“We are deeply worried by the endemic use of torture in Tibet and by the denial of access to medical care for prisoners, including late monk Tenzin Delek Rinpoche, who died in Chinese captivity,” the statement said.

“Despite Chinese official assertions that China’s has adopted measures against torture, there are no indications of investigations into allegations of torture and mistreatment, let alone into cases of Tibetans who have been subjected to arbitrary detentions,” it added.

The MEPs’ statement further says: “The recently drafted law on ‘counter-terrorism’, which facilitates the declaration of resistance to Chinese authorities as an act of terrorism, is just another expression of the broad range of suppression and human rights violations the Tibetans have to face in their own lands.”

“This deterioration of the human rights situation in Tibet has led to the self-immolations of at least 143 Tibetans since 2009. We deplore that the Chinese government, instead of addressing the causes which led to these extreme acts of political protest, has recently responded with even more pervasive actions by punishing those allegedly ‘associated’ with self-immolators, including friends, families and even entire communities.”

The statement has reiterated the EP’s strong support for His Holiness the Dalai Lama’s “middle way approach” as “the policy and means to achieve a genuine autonomy for all Tibetans living in the three traditional provinces of Tibet within the framework of the People’s Republic of China.”

“The Chinese authorities are continuing their hardline policies against the Tibetan people, rejecting the Dalai Lama’s ‘Middle Way Approach’ which seeks neither independence nor separation but a genuine autonomy within the framework of the Constitution of the PRC,” it said.

They continued, saying “We believe that this hardline approach, including the rejection of political dialogue between the parties, can only be counter-productive and damaging in the long-term, as it undermines chances of achieving a genuine stability and peaceful cohabitation.”

The MEPs further urged China to respect the freedom of expression, association and religion of the Tibetan people, and release all those detained for the mere reason of having exercised these rights; conduct impartial investigations on all allegations of torture and ill-treatment, in particular those resulting into deaths, and bring those responsible for such acts to justice.

The UN High Commissioner for Human Rights has launched a 12 month campaign under the slogan “Our rights. Our freedoms. Always” to celebrate the 50th anniversary of the adoption of two of the most significant texts at international human rights law: the Universal Covenant on Civil and Political Rights and the Universal Covenant on Economic, Social and Cultural Rights that are the birth right of all human beings.